The Appointments Committee of Parliament will commence vetting of President Akufo-Addo’s ministerial nominees from Wednesday, February 10, 2021.

According to the Ranking Member of the Committee, Haruna Iddrisu, priority will be given to the scrutiny of some nominees such as the Minister-designate for Health due to the situation with COVID-19 in the country.

Haruna Iddrisu said the minister-designate may be the first to be vetted followed by the ministers designate for national security and finance.

Speaking on the floor of the House on Friday, January 29, 2021, the Minority Leader said Committee is inviting memoranda from the public on the nominees as stipulated by the Constitution ahead of the vetting process.

“The Appointments Committee has met, and we are requesting for public memoranda in respect of all the president’s nominees for all the ministerial positions. We are expected to commence betting on the 10th of February. Priority will be given to some ministers, in particular, Health because of the COVID situation in the country, and probably he will be the first minister to be considered by our committee followed by those other ministers of National Security and Finance. Our clerk is working to get the publication to all the media houses,” he said.

The president, Nana Akufo-Addo on Thursday, January 21, 2021, published a list of some 46 persons he has nominated to fill various ministerial portfolios including regional ministers.

The list contains some persons who served as ministers in his first term. 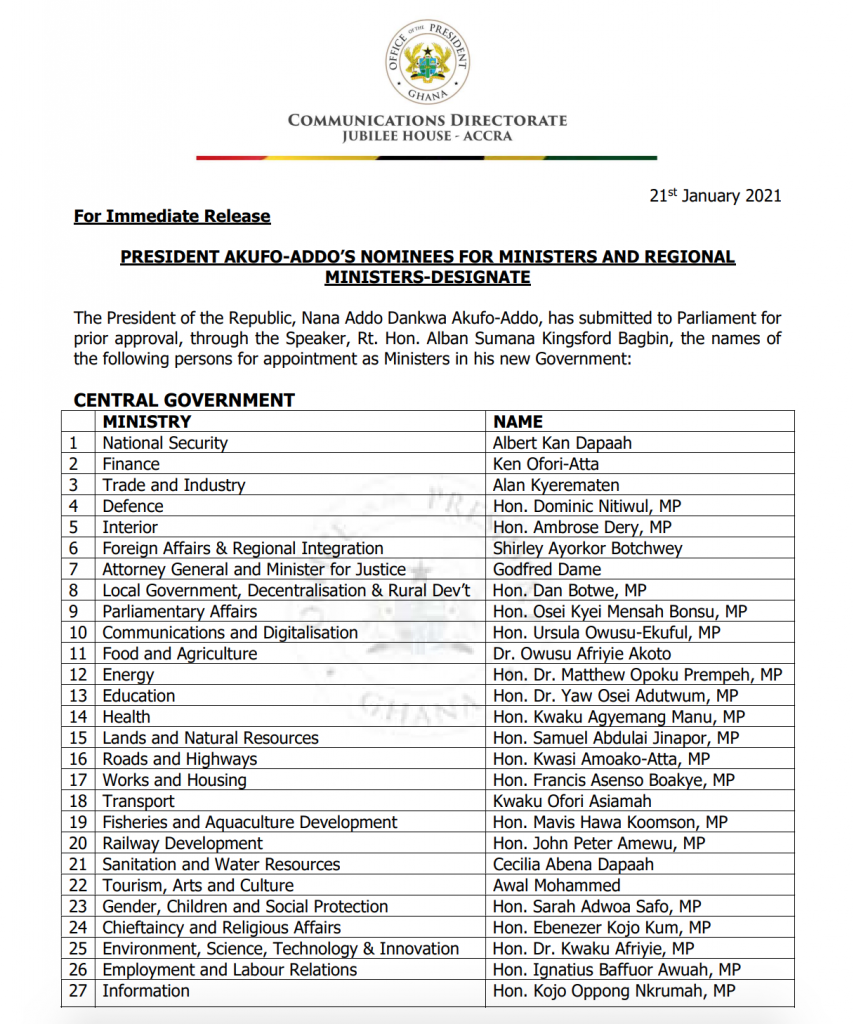