President Akufo-Addo has appointed the Chief of Naval Staff, Rear Admiral Seth Amoama, to act as Chief of Defence Staff.

The appointment will start from Friday, 5th February 2021, pending consultation with the yet-to-be-constituted Council of State.

“This appointment has been made following the completion of the tour of duty and subsequent retirement from the Ghana Armed Forces, on 5th February 2021, of the current Chief of Defence Staff, Lt. Gen. O.B Akwa,” a statement from the Presidency explained.

The Chief of Defence Staff is responsible for the administration and the operational control and command of the Ghana military.

The President has also appointed, with effect from Friday, 5th February 2021, Rear Admiral Issah Adams Yakubu to act as Chief of Naval Staff.

This is also pending consultation with the yet-to-be-constituted Council of State.

Rear Admiral Yakubu, until his new appointment, was the Chief of Staff at General Headquarters of the Ghana Armed Forces.

The President will, in due course, in accordance with applicable regulation, appoint a new Chief of Staff at General Headquarters of the Ghana Armed Forces. 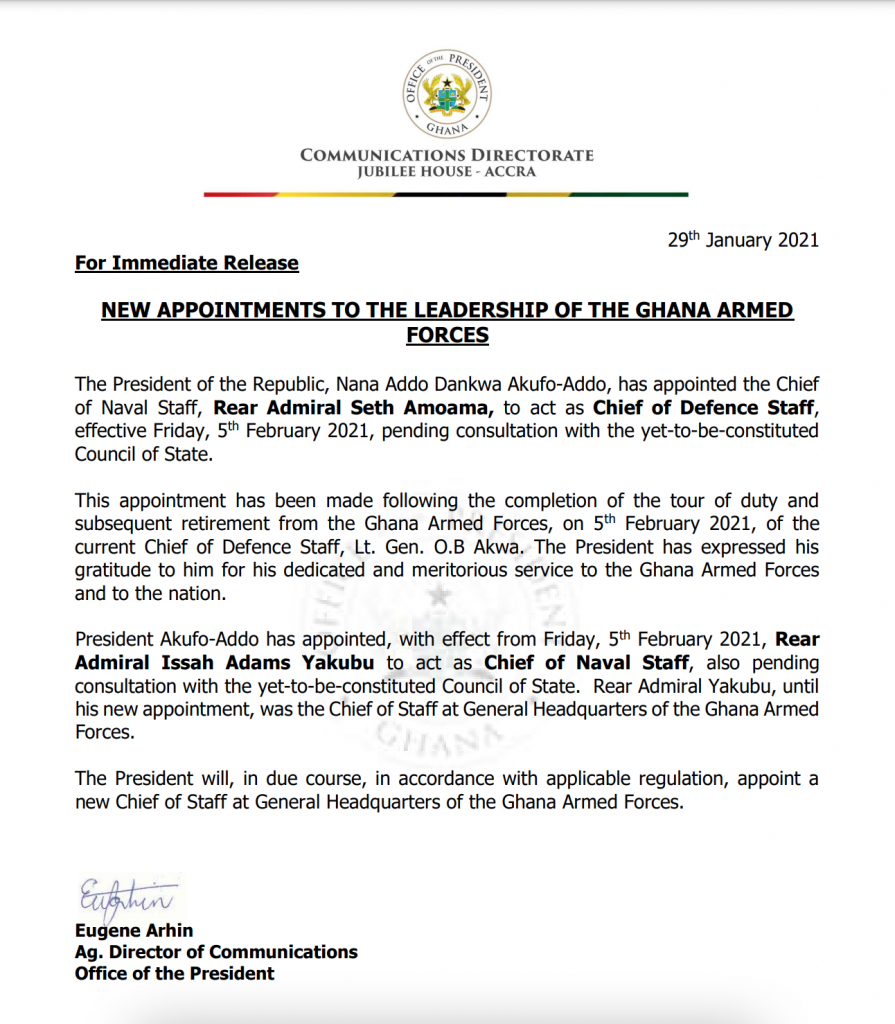