Religious leaders in the country will on Sunday 21 March 2021 hold a prayer rally on Lesbian, Gay, Bisexual, Transgender, Queer, and Intersex (LGBTQI+) activities.

Speaking in an interview ahead of the national prayer on LGBTQI+, chairman of the Christian Council Dr. Paul Kwabena Boafo said the event will also be used to roll out measures aimed at addressing the issue.

“We are inviting the press to come to the rally, that is where we will roll out what is coming up, the follow-up to the statements, rally, people, and institutions we are engaging will all be laid out,” he said. 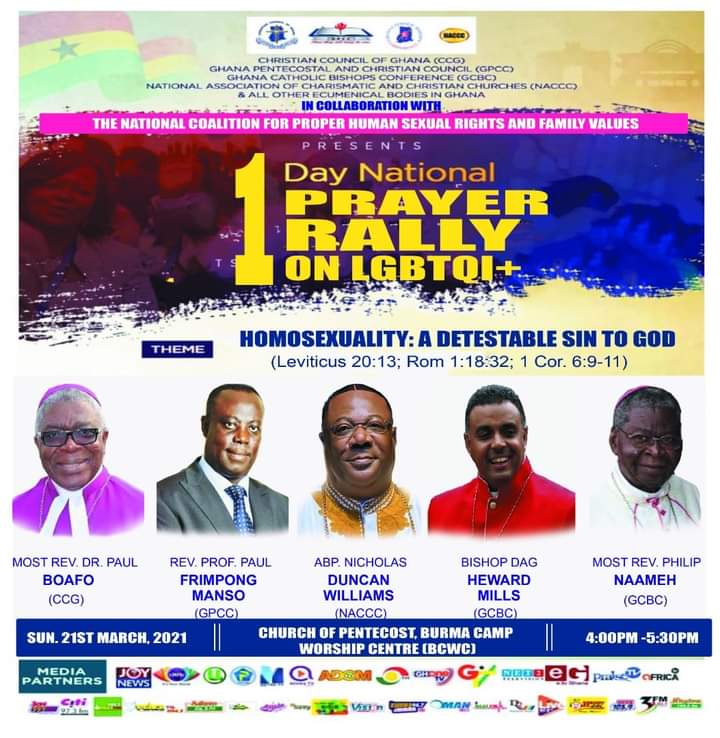 “We should all continue to speak against it, it is not something that should be entertained and we are saying that the act is abominable but the people, we love them and so when they come up, we have every chance and opportunity to make ourselves available to help them come out of it.”

Dr. Boafo explained that the practice is not in line with the teachings of the church and the culture of Ghanaians.

“And it is not any hate speech against any individual or groups that are involved but we are saying our cultural setting, our traditions, our Christian principles are against it and it shouldn’t be allowed and it is against human principles,” he noted.

Sunday’s event which is being spearheaded by the Christian Council of Ghana is in collaboration with the National Coalition for Proper Human and Sexual Rights and Family Values will be held at the Church of Pentecost, Burma Camp Worship Centre.

Others are the presiding Bishop of the Methodist Church, Most Rev Paul Boafo, and president of the Ghana Pentecostal-Charismatic Council Rev Prof Paul Frimpong Manso.

Meanwhile, President Nana Addo Dankwa Akufo-Addo has reiterated that same-sex marriage will never be legalized under his watch.

“I have said it before, and let me stress it again, that it will not be under the presidency of Nana Addo Dankwa Akufo-Addo that same-sex marriage will be legalized in Ghana,” the president stressed at the installation of the 2nd Archbishop of the Anglican Church at St Michael and All Angels Cathedral at Asante Mampong in the Ashanti Region on Saturday 27 February. 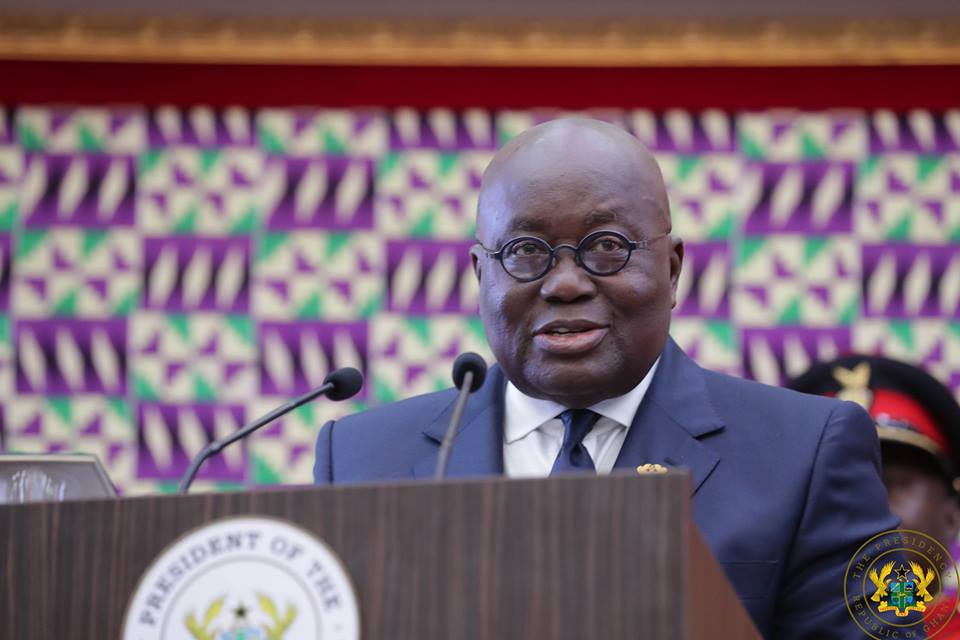 “It will never happen in my time as president,” Akufo-Addo emphasized.

The president’s comments are expected to put to rest the raging debate on his stance on the issue following the recent backlash that has greeted the opening of the Lesbians, Gay, Bisexual, Transgender, Queer, and Intersex (LGBTQI+) office in Accra.

It is not clear what might have led to the latest development as the raging controversy on LGBTQI activities dominates discussions in the past few days.

The LGBT+ Rights Ghana group has called on human rights organizations to condemn the raid.

“This morning our office was raided by National Security. A few days ago traditional leaders threatened to burn down our office but the police did not help,” it said.

It added “At this moment, we no longer have access to our safe space and our safety is being threatened. We call on all human rights organizations, and allies to speak out against these attacks and hate crimes we are being subjected to.”