Jose Mourinho’s contract does not include a break clause, according to reports, amid growing pressure on the Tottenham boss.

The north London side has lost four of their last five matches across all competitions following the 3-0 reverse by Manchester City at the weekend.

Spurs’ hopes of winning a trophy also took a blow last week as they were knocked out of the FA Cup in a nine-goal thriller at Everton, and their recent slump has seen some fans beginning to turn on Mourinho.

But according to The Athletic, the contract Mourinho signed in November 2019 until the end of the 2022-23 season does not contain a break clause.

The report adds therefore that with no exit option available to either side, Tottenham would have to offer Mourinho a significant severance package if the club feels a change at the helm is required.

Mourinho replaced Mauricio Pochettino in the first half of last season, and the same outlet adds there is currently no indication of him being sacked. Mourinho earns almost double the wage of his predecessor Pochettino at £15million a year.

The former Chelsea boss is determined to deliver the north Londoners their first trophy since the 2008 League Cup.

They have made the final of that competition, set for 25 April at Wembley, but face Manchester City in the biggest game for Spurs since the 2019 Champions League final.

Pep Guardiola’s Premier League leaders outclassed Tottenham at the weekend in a 3-0 win, and Mourinho will have to reverse the form that has sunk his side to ninth in the table to have any chance at Wembley.  The club was 14th in the league when Pochettino was sacked in November 2019.

Black Stars arrive in Zimbabwe ahead of World Cup qualifier 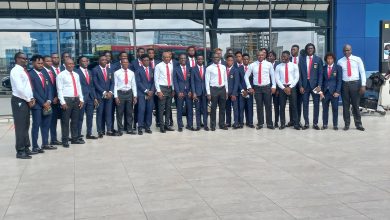