The opposition National Democratic Congress has summoned its member Stephen Atubiga to appear before the Functional Executive Committee (FEC).

His invitation is in relation to a comment he made over the alleged properties owned by the director of communication at the presidency Eugene Arhin. The party in a letter summoning him said his comments were inconsistent with its values. Mr Atubiga is alleged to have posted on his Facebook page that “it is wise that as an individual working, there is the need to amass wealth so you can give back to your parents and society for the contributions made to your upbringing”.

The party’s reaction to Mr Atubiga’s comments were contained a statement signed by Deputy General Secretary, Barbara Owusu Asamoah and copied to the Upper East NDC Regional Chairman. The meeting has been scheduled for Wednesday, February 24, 2021, at 2:30 pm at the NDC’s office in Adabraka for Mr Atubigah to explain his comment. 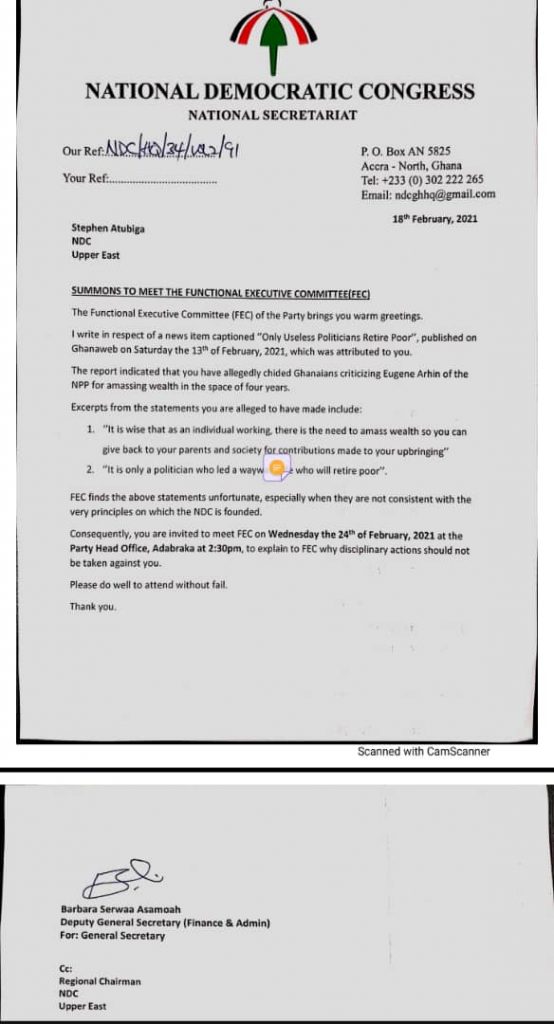