Parliament has by a majority decision and consensus approved the nomination of 13 ministerial nominees of President Nana Akufo-Addo.

The legislators spent several hours from Wednesday, March 3, 2021, into the dawn of Thursday debating the report.

After that process was done, the Speaker of Parliament, Alban Bagbin, gave the MPs the opportunity to decide whether or not to approve the three through secret balloting.

At the end of the polls, 265 total votes were cast.

Members of the NDC on the Appointments Committee had earlier kicked against the approval of Oppong Nkrumah, Afriyie Akoto, and Hawa Koomsoon over issues they raised against the nominees during their vetting. 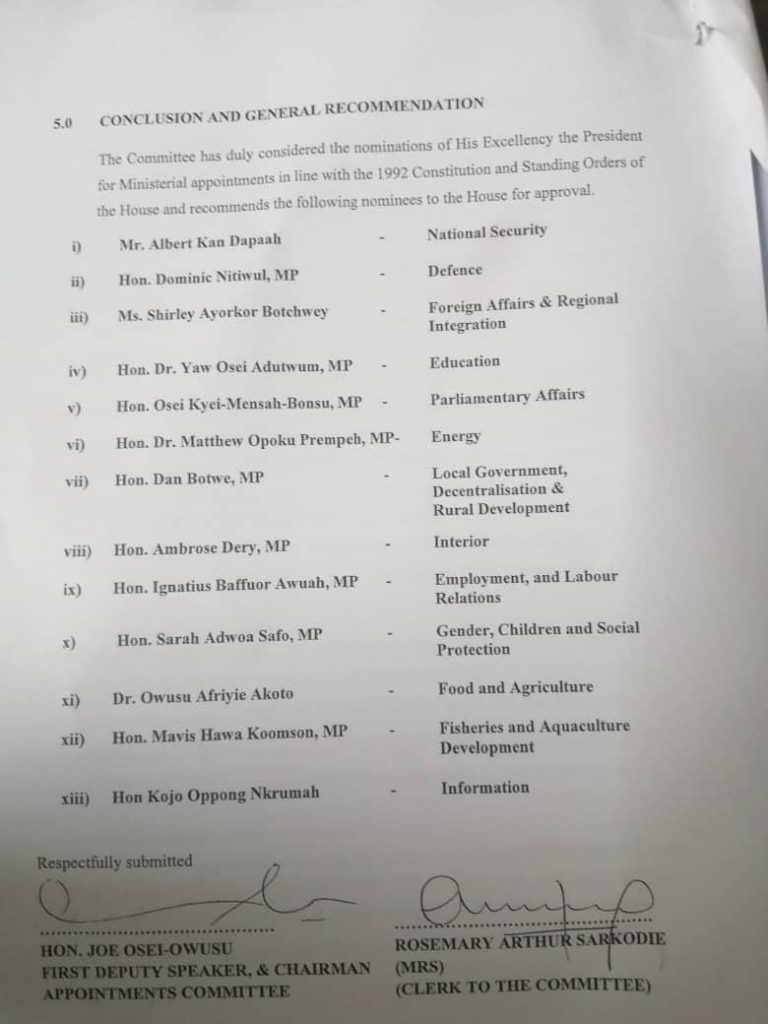 They were approved by legislators on Wednesday, March 3, 2021.