In a statement copied to Zionfelix.net, Ogidi Brown revealed the termination of the contract was as a result of betrayal and disloyalty from the artiste.

He clearly stated that he was not happy about the video made by Cryme Officer during his ‘antoa’ issues with Fameye.

It would be recalled that Cryme Officer in his video threatened to leave the record label if anything happens to Fameye.

While the contract has been terminated, the OGB Music boss has asked Cryme Officer to pay back the money the record label invested in him.

See the statement below: 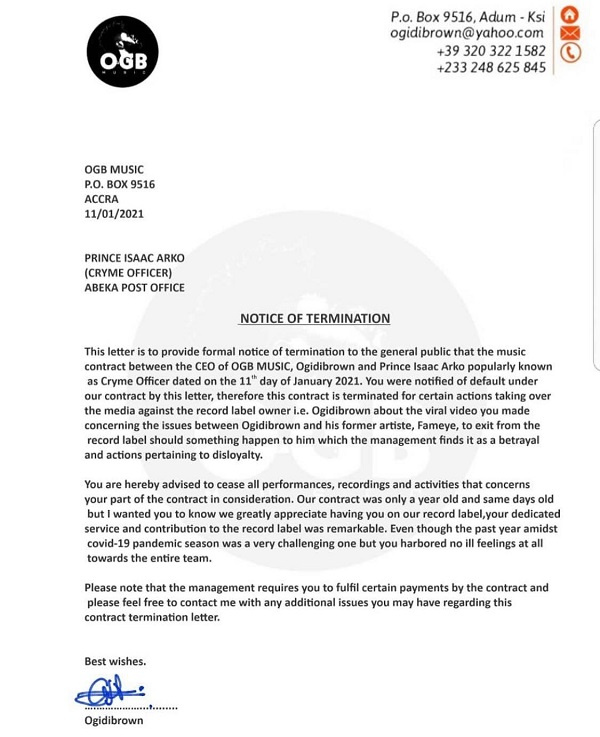 4 Ghanaian celebrities who married outside their race