The governing New Patriotic Party (NPP) has appointed Lawyer Gary Nimako as the First Director of the Party’s Legal Directorate following the setting up a Directorate for Legal Affairs of the party.

Lawyer Gary Nimako Marfo is a long-standing member of the NPP Legal Team, and has been instrumental in the conduct of the Party’s cases in court including the various Parliamentary Election Petitions.

He has also served as a Member of the Constitutional and Legal Committee of the Party’s National Council.

A statement issued by the General Secretary of the NPP, Justin Frimpong Kodua said the decision was taken by the National Executive Committee (NEC) of the Party, at its meeting on Wednesday, October 5, 2022, pursuant to Article 10 (7)(3) of the NPP Constitution.

The Directorate shall, among other things, be responsible for advising the General Secretary of the Party in the performance of his functions on legal matters affecting the Party including Members of the Party and ancillary matters of legal nature in the day-to-day administration of the Party.

The Legal Directorate is also tasked with the responsibility of coordinating the Party’s legal cases and resolving internal legal issues as and when they arise while providing education on the internal Disciplinary and Grievance Procedures enshrined in the NPP Constitution. 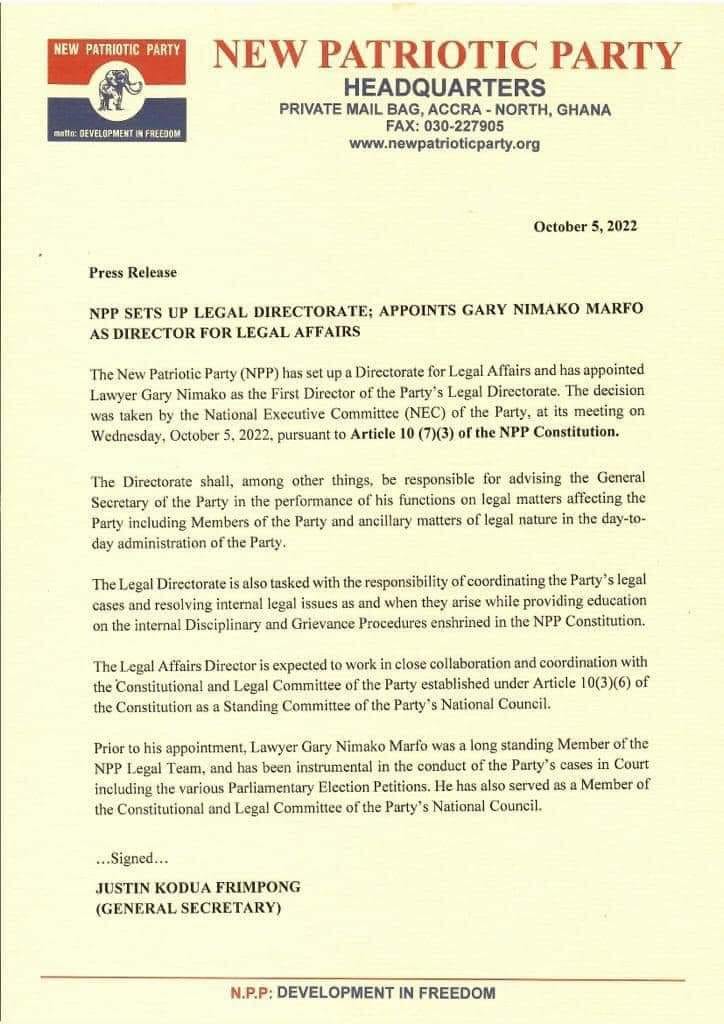