They told me, “If a woman treats you this way, then there’s someone in her life already.”

When I was in my twenties and planning my life, I said I was going to get married at twenty-eight and get my first child before I turn thirty. I was eighteen when my father went on retirement. I didn’t want that to happen to me. I wanted my kids early so we could grow old together. The difficulty in getting a job after school and other life’s unforeseen circumstances ensured that I missed the target of getting married at twenty-eight. I was twenty-nine when I met Nanette. She was twenty-five and a nurse. The very day she said yes to me, I started talking about marriage with her. I told her, “I’m not here to waste your time and my time. Maybe a year from now we should get married.” She said, “Why not next month but a year?” She laughed and I laughed.

We had a very beautiful relationship where all our plans were geared towards getting married. We were only four months into our relationship when I took her home to meet my dad. My dad liked her immediately especially for the fact she was a nurse. He said, “Maybe if we had a nurse in our family, my wife wouldn’t have died.” A few months later, she also introduced me to her parents. They were fine with me so we were good to go.

Our relationship was a year old when I asked her, “Is there any reason why we can’t get married this year?” She answered, “To me, no. There is no reason at all but let’s wait for a while and see.” I asked, “A while? How long is a while and what’s left for you to see?” She said, “There’s nothing to see but I feel it’s too early for us to get married.” A year and a half later, she hadn’t said anything concerning the marriage. I asked her questions and she said, “You’re getting worried for nothing. I don’t have a problem. I’m only asking for a little more time to be sure.”

Two years into the relationship, I asked again, and this time she tried to make a joke about the whole thing. She said, “Maybe I don’t like dark kids. I want to be sure my kids won’t take your color before we get married.” I said, “You better be serious.” She said, “I’m only twenty-​six going to twenty-​seven. There’s more time ahead. Let’s not rush into things.”

I discussed the issue with some friends. They told me, “If a woman treats you this way, then there’s someone in her life already.” My father had this to say; “If she’s not ready and you’re ready, move on and find a woman who’s ready? She’s not the only woman.”

So one evening I got frank with her; “Nanette, don’t let us waste your time. I’m calling it quit so we can both go our separate ways and find what we are looking for.” That day, she cried and begged me not to do that to her. Her tears really shocked me. I was like, “Oh so this relationship means so much to her that she could share tears for it?” She told me, “You don’t have to leave because of that. It’s been two years already. You mean we can’t wait for another year?” I asked her, “I just want to know the reason. only the reason. Talk to me about what’s making you develop cold feet. I’m your guy, I will understand.”

From there, she became very sober and helpful. She would come home and cook for me, clean my room and even wash for me. I was surprised how things turned out. I said, “Well, she might be fighting something she’s not ready to tell me. Let me give her the benefit of the doubt.” No matter what I did or say, she wouldn’t give me any reason so I stopped talking about the whole marriage thing, thinking when she’s ready, she would come and lay down the request.

It was one week to her birthday and I was making plans to surprise her with a new iPhone when she called to tell me that she had something to discuss with me in the evening. I said in my head, “Finally, she had reached a decision to allow the marriage to happen.” I saw her that evening and she told me, “I can see I’m wasting your time in this relationship. You’re a good person and a certain lady out there can benefit from your kindness but here I am clamping you down. I’ve decided to let this go. It hurts but I think it’s the right thing to do so both of us can have our freedom.”

I looked into her eyes and watched the curves of her lips as she spoke. There was some seriousness to what she was saying so I asked her, “What’s your reason? Is there any problem that you’re not telling me?” She said, “Far from it. I just want to set us free.” It hurt like a knife through the heart but I put on my gentleman’s face and walked away. I was hurt but I was also happy about the closure.

Three months later, life was good and I was picking new moves on a lady I met not too long ago. Though she said no to me, I knew if I tried harder, I would get her to say yes. I was in my room thinking about the next step when I heard a knock on my door. It was Nanette. She had come to apologize and take me back. In her own words, “I made a mistake. I thought I was setting us free but instead, I ended up in bondage where the only thing I think about is you. Please don’t say no.” I told her, “It’s been three months already. I found someone else that we are planning to date.” She said, “I’m the devil you know. Please don’t cast me away.” I told her to give me some time to think about it.

I accepted her back but I still wanted to know why she left and why she had come back.

One day, while she was asleep, I pushed her index finger on her phone’s home button and the phone unlocked. I started going through her messages one after the other and didn’t see anything until I pulled down her archived messages and found a conversation between her and a certain guy called Fab. According to their chats, the guy was the ex who left her before I got her. The guy had traveled to Switzerland and somehow gotten back with her. But their relationship was unstable. It looked like it was Nanette who was always pleading with the guy to stay. She left me because the guy returned to Ghana. She traveled to Accra every off day to be with the guy until the guy traveled back to Switzerland. She came back because the guy wasn’t ready to have a stable relationship with her.

I sent screenshots to my phone and pretended everything was fine. I was hurt for days but I didn’t let it show. I kept pursuing the other girl until she said yes to me one day. Nanette was still with me when I was planning marriage with the other lady. Whenever I had the time and chance, I went through her phone to see the latest update with the other guy. Some days they were good, sending photos and nudes. Some days she’ll ask him if he’ll come and marry her and the guy would give her a vague answer that she wouldn’t like. My anger towards her turned to pity. Pity for her and pity for myself for allowing her to treat me like a second-hand boyfriend.

When we were getting close to the traditional wedding, I sent her a message; “You’re not ready so I’m getting married to someone else. She said, “You won’t do that to me.” I said, “I’ve already done it.” She said, “You’re not serious.” I sent her the wedding invitation and said, “Yeah I’m serious.” That evening, we met and she had the audacity to tell me God will punish me for my lies and for leading her on. She said, “Let me tell you, “Karma is real and soon it will find you.” I told her, “Check your phone before you judge me. I’ve sent you some screenshots.” She looked on her phone for only some seconds and then looked back at me. I said, “Now who should karma serve first, you or me?”

When I posted the wedding invitations on Facebook, a lot of friends tagged her in it but she never said a word. When friends asked her what happened, she told them, “He was in a hurry to get married. I wasn’t ready.” 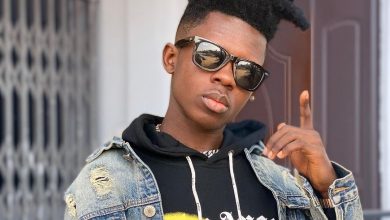 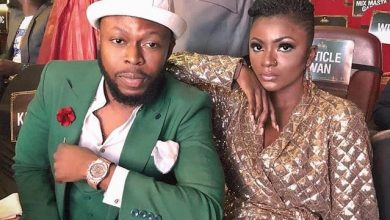