Ghanaian President, Nana Addo Dankwa Akufo-Addo has urged Spanish business owners to turn their attention towards Ghana telling them that the West African country is a safe place to invest their money.

“As most of you know, Ghana is a haven of peace, security, and stability, indeed, the safest country in West Africa, where legitimate investments are protected. We have witnessed, through the ballot box, three (3) peaceful transfers of power from one political party to another in the twenty-eight (28) year period of the 4th Republic.”

President Akufo-Addo said this when he addressed the business community in Spain, as part of the “Focus Africa 2023” Conference in Madrid, Spain. 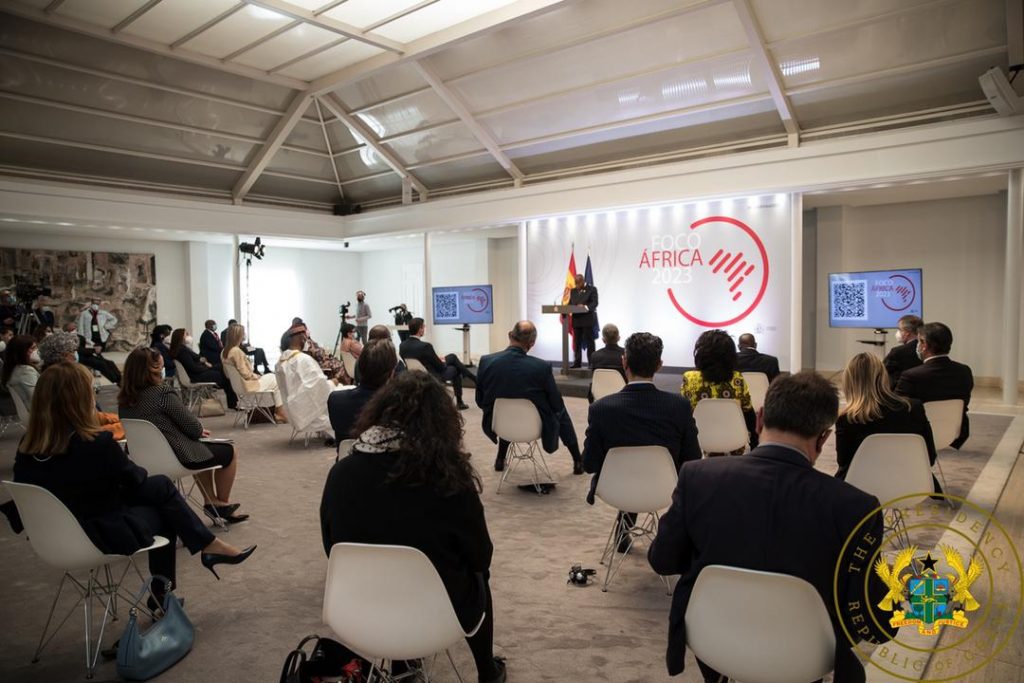 Addressing the business meeting, the President told the gathering that, between 2017 and 2020 which was his first term in office, his administration helped to improve the economic fundamentals of the country which he said were all pointing in the wrong direction.

“We have, over the period, put in place measures needed to reduce the cost of doing business, improve the business environment, and made the Ghanaian economy not only one of the most business-friendly economies in Africa but also one of the fastest-growing economies in the world between 2017 and 2020,” he added. 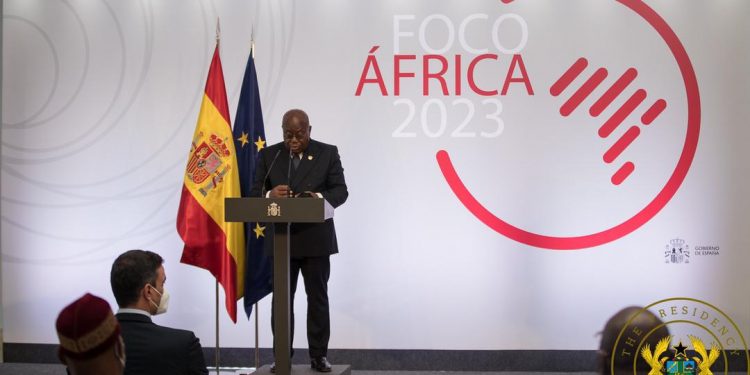 With the economies of most of the countries in the world either in recession or recording negative growth, he noted that Ghana’s economy was one of the very few that still managed to record positive GDP growth.

“In spite of the ravages of the pandemic, we are working to grow the economy at a much faster rate this year, our target being a five percent (5%) GDP growth rate, which will enhance the prospects of a win-win environment for both private sector and country; an environment where companies do not just survive, but actually thrive,” he said. 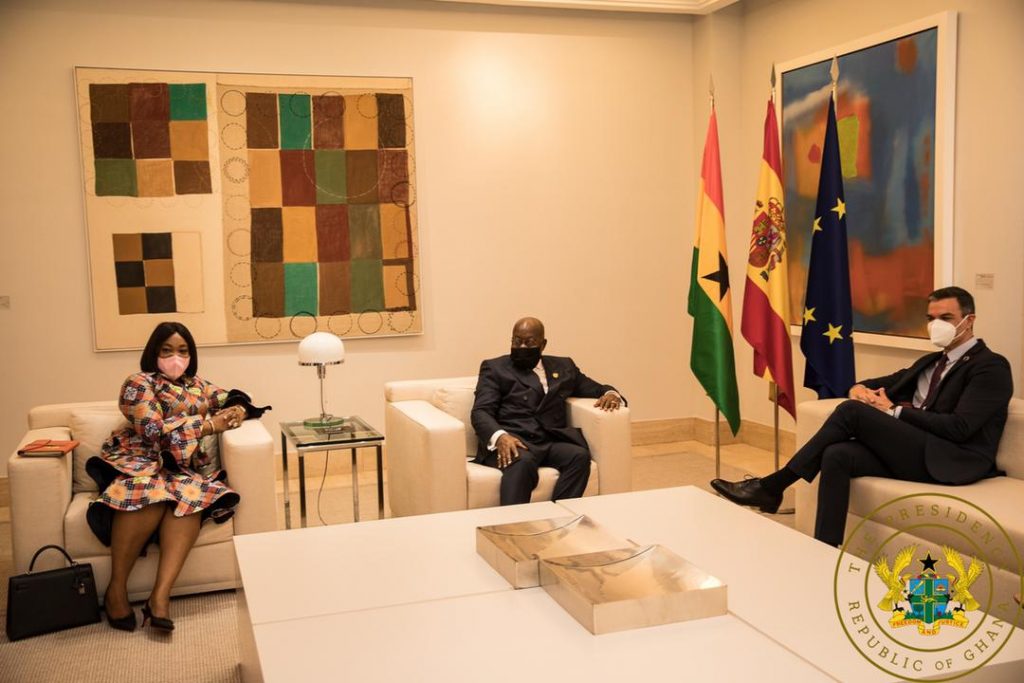 President Akufo-Addo told the gathering that the major programme driving the revival and revitalization of the Ghanaian economy is the GH¢100 billion Ghana CARES ‘Obaatampa’ Programme, whose main elements include supporting commercial farming and attracting educated youth into commercial farming; and building the country’s light manufacturing sector; developing engineering/machine tools and ICT/digital economy industries; amongst others. 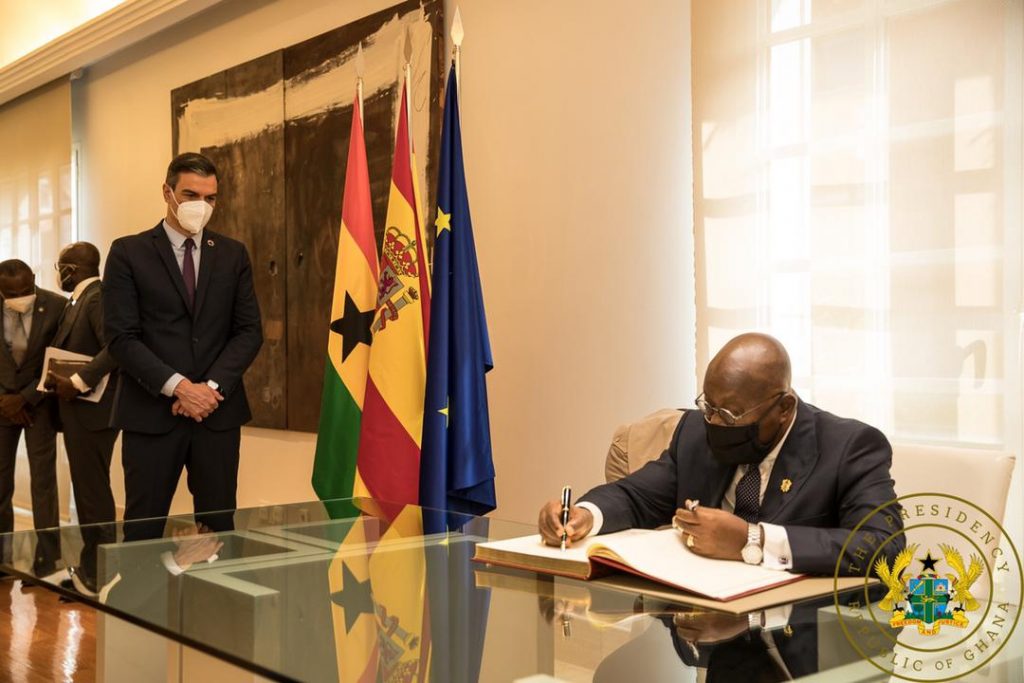 “It continues to be an exciting time to be in Ghana and to do business in the country. Already, global car manufacturing giants, Volkswagen of Germany, Sinotruk of China, Nissan of Japan have established assembly plants in the country. Energy giant, ExxonMobil of the United States of America, is establishing an office and base in Ghana, and the well-known Norwegian energy company, Aker, is very much established in Ghana, and I believe it is for good reason,” he added.

He, thus, urged the business community in Spain to take advantage of the business-friendly climate in the country to invest in Ghana.

“I am sure you have heard of some of my government’s flagship policies of “One District, One Factory”, “One Village, One Dam”, and the programme for “Planting for Food and Jobs”, which I commend to you, as I do areas in water, health, housing, road and rail infrastructure, transport, industry, manufacturing, agriculture, petroleum and gas, the exploitation of our mineral wealth of bauxite, iron ore and gold, renewable energy and ICT growth,” he said. 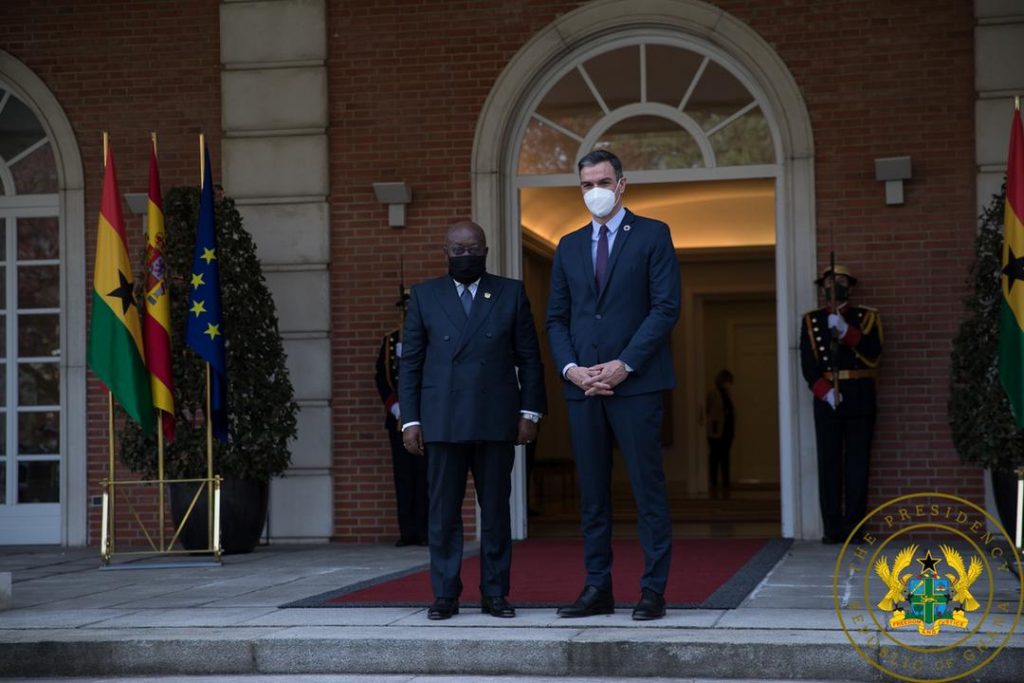 A key challenge of the Ghanaian economy, like many other economies in Africa, according to the President, is its infrastructural deficit.

“We are embarking on an aggressive public private partnership programme to attract investment in the development of both our road and railway infrastructure. We are hopeful that, with solid private sector participation, we can develop a modern railway network with strong production centre linkages and with the potential to connect us to our neighbours,” he added. 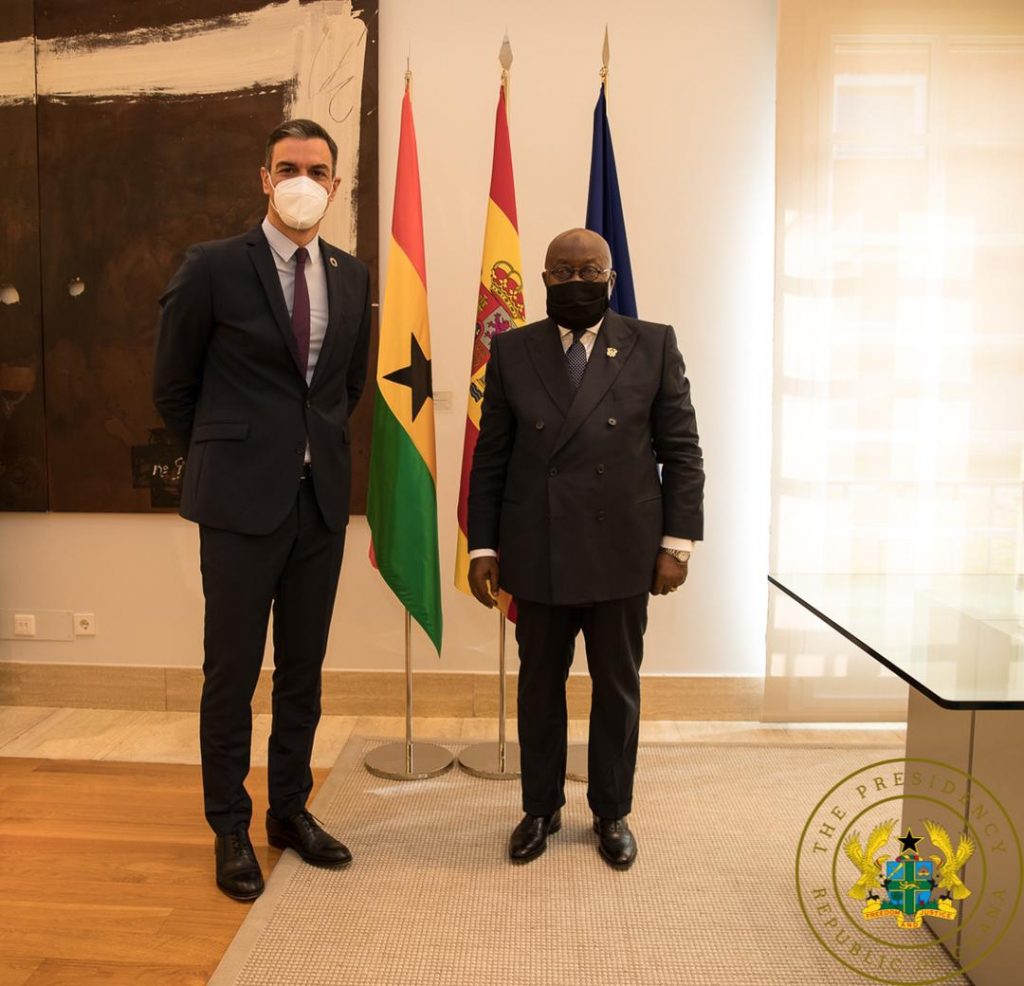 Ghana, he assured “is, rightly, considered a beacon of democracy in Africa. In the same vein, we are determined to make her an example of rapid economic growth within the context of a well-developed market economy. We welcome your contribution to this endeavour”.