At least five Ghanaians have been arrested at the Dubai International Airport in the UAE over suspected case of marijuana (weed) trafficking, Ghana’s Consulate General in Dubai announced on Wednesday.

In a statement to the Ghanaian community in UAE, the Consulate said most of the suspects had no knowledge the “parcels” given to them for onward delivery to others in the UAE contained the banned substance.

It is therefore advising Ghanaians to be on the look out when accepting parcels to be delivered to others following the arrests.

“The Consulate General of Ghana in Dubai wishes to announce for the information of all Ghanaians in the UAE that it has, in recent times received information about some arrests of persons at the Dubai International Airport trying to traffic marijuana (weed) into the UAE.

“It may interest you to know that between January and March 2021, five people have been arrested at the Dubai Airport in connection with this matter,” the statement said.

Below is the full statement: 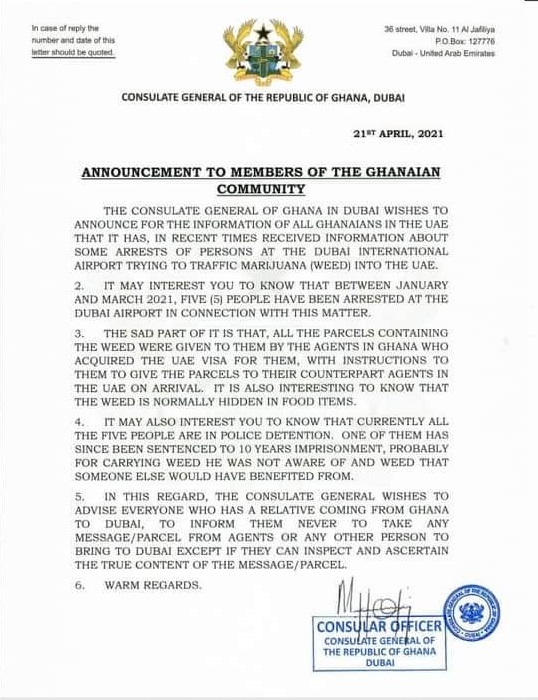 GRA goes cashless from May