Seventeen people have died in a car crash involving two buses on the Buipe-Tamale Highway.

The incident occurred on Wednesday, February 3, 2021, at Sarekyekura near Fufulso.

Sixteen persons made up of 12 male adults, three female adults, and one female child who died on the spot.

According to a statement from the Police, the “Yutong buses with registration numbers GT 3345-16 and AC 1699-20 with about 45 persons onboard each of the vehicles was traveling from Kumasi to Zebila and from Garu to Kumasi [respectively],” the crash happened. 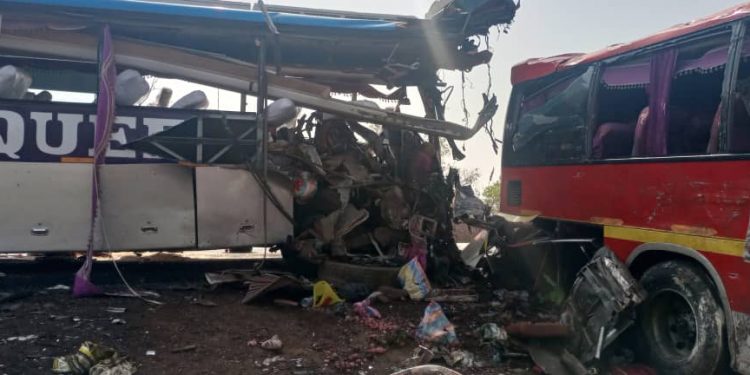 45 others were injured and were rushed to the hospital.

The statement further added that efforts are being made to trace the drivers of the said vehicles.

Those who perished according to the police have been taken to the Tama Teaching Hospital Mortuary.

“Efforts are being made to tow the accident vehicles to the station and trace both suspect drivers to assist in the investigation. Meanwhile, the deceased persons have been conveyed to Tamale Teaching Hospital Mortuary for preservation awaiting identification and autopsy,” the statement noted.