The organisers of the 2021 edition of the annual Vodafone Ghana Music Awards (VGMA) have announced that some selected artistes have been invited to perform at the ‘VGMA Xperience Concert’ come Saturday, June 12, 2021.

The VGMA Xperience Concert is being organised to give fans and nominees the opportunity to engage ahead of the main awards night scheduled for June 25 and 26.

Organised by Charterhouse Ghana, the VGMA Xperience Concert which will feature some of the celebrated hiplife, afrobeat, dancehall and highlife artistes, promises to be a night of great live musical performances.

As the countdown begins for the spectacular show, all eyes are on Kuami Eugene, Adina, Episode and Celestine Donkor, who according to music fans have something unique in them when it comes to live stage performance.

The organisers say the concert will be aired live at on TV3 and streamed on VGMA pages on Facebook and YouTube.

The organisers however, have announced that the main VGMA ceremony will be held on June 25 and 26, 2021.

Each day will project the glitz and glam of the red-carpet reception, awards ceremony for deserving artists, and eclectic live performances from the best acts Ghana has to offer.

Prior to this, there shall also be other activities like the ‘VGMA in Schools’ project. This platform has been created to bridge the gap between the music industry and academia. It will work with schools, offering students interested in a career in music, an opportunity to dialogue with professionals.

The aim is to help students in music to start right, point out the role of education in a music career, and expose students to the basics of show business.

On the 21st of June, Ghana will for the first time join over 130 countries and 1000+ cities to celebrate what the French call Fete de la Musique, a.k.a. World Music Day.  The VGMA Music Summit will be marked with national dialogue, a master class, and the honoring of unsung heroes of the music ecosystem.

Easing of restrictions on cinemas and theatres 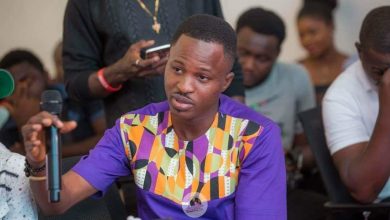