A section of Ghanaian social media users has expressed gross disappointment in Samini for launching an attack on the multi-award-winning artiste, Stonebwoy, for no apparent reason.

Samini on Monday, March 15, directed a series of unsavory tweets at Stonebwoy after the latter issued a fleet of tweets urging all African nations to applaud Nigerian creatives following their success at the 63rd Grammys as well as for their constant efforts in holding the mantle for Africa when it comes to entertainment on the Global scene.

However, a section of social media users who expressed disappointment in the High-Grade Family boss, Samini, described his tweets as being borne out of sheer hatred for Stonebwoy.

According to them, the BET award-winner was making valid points on how Ghanaian music could see a major lift if the creatives get enough support, but Samini replied with tweets that were nowhere near the topic for discussion.

They stated that Samini is always demanding respect from creatives who are currently trailblazing but constantly stoops low to initiate unhealthy feuds between some notable talents and himself in the country.

A tweep argued that “Samini used to be the most consistent Ghanaian recording and performing artiste in terms of dropping hit songs because he concentrated more on his music then, but now, the only way he stays relevant is involving himself in needless controversies, especially with a musician – Stonebwoy – who has never disrespected him before.”

The social media row between Samini and Stonebwoy comes on the back of a recent one between the former and maverick Dancehall artiste, Shatta Wale.

Social media users advised the legendary performer, born Emmanuel Andrew Sammini, not to instigate and engage in social media beef, but rather serve as an industry giant who will light the path for up-and-coming musicians to follow. 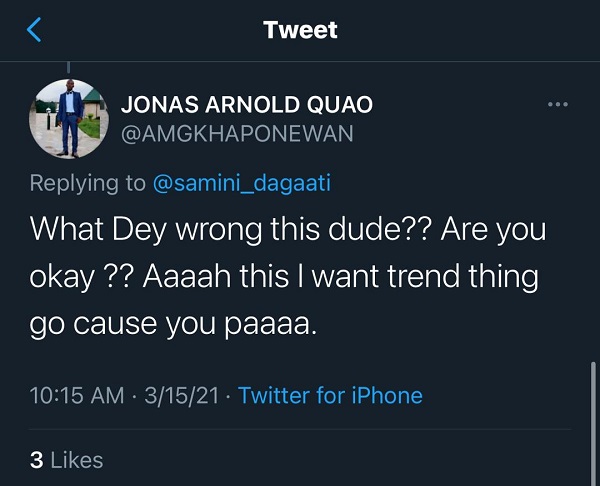 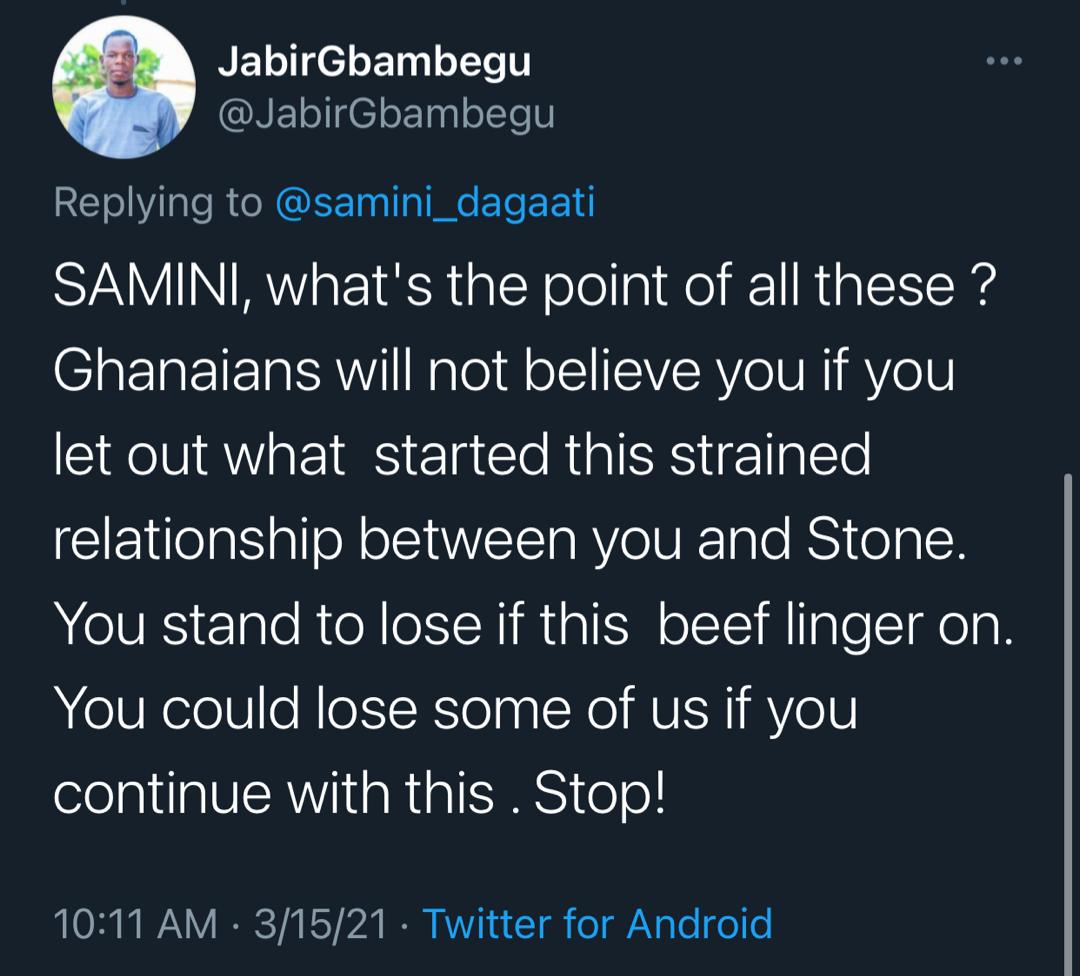 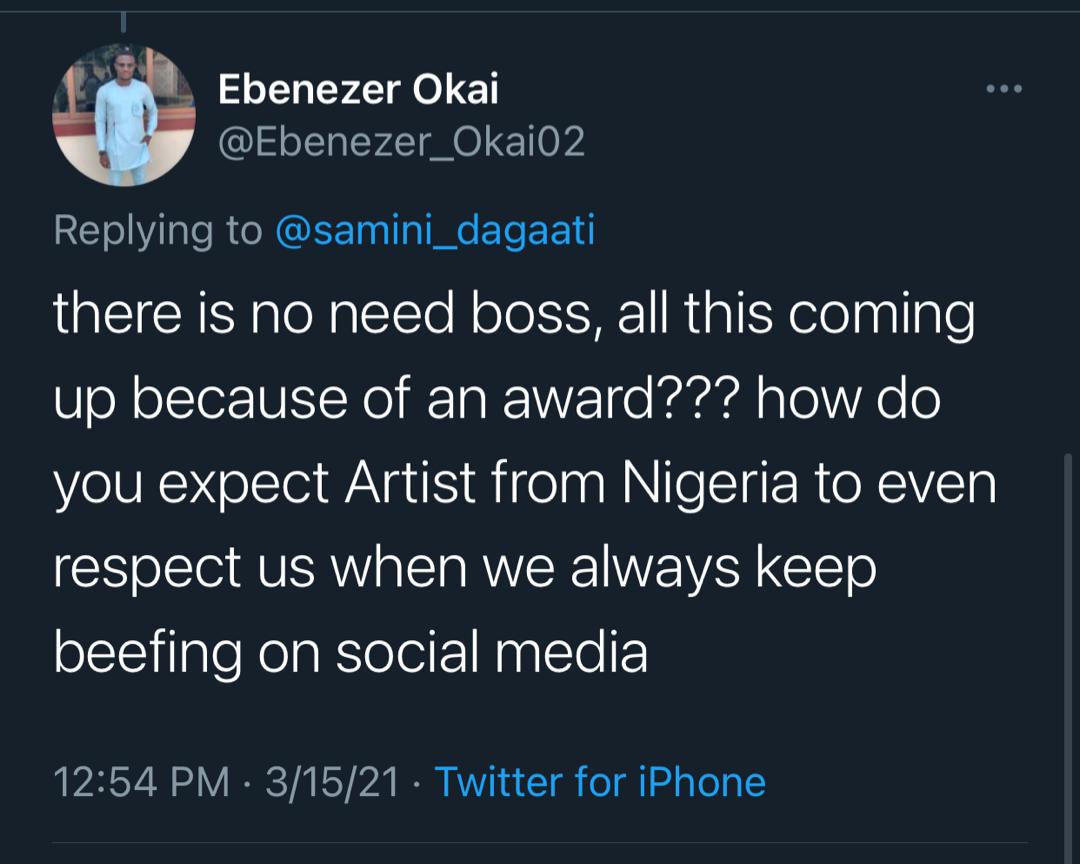 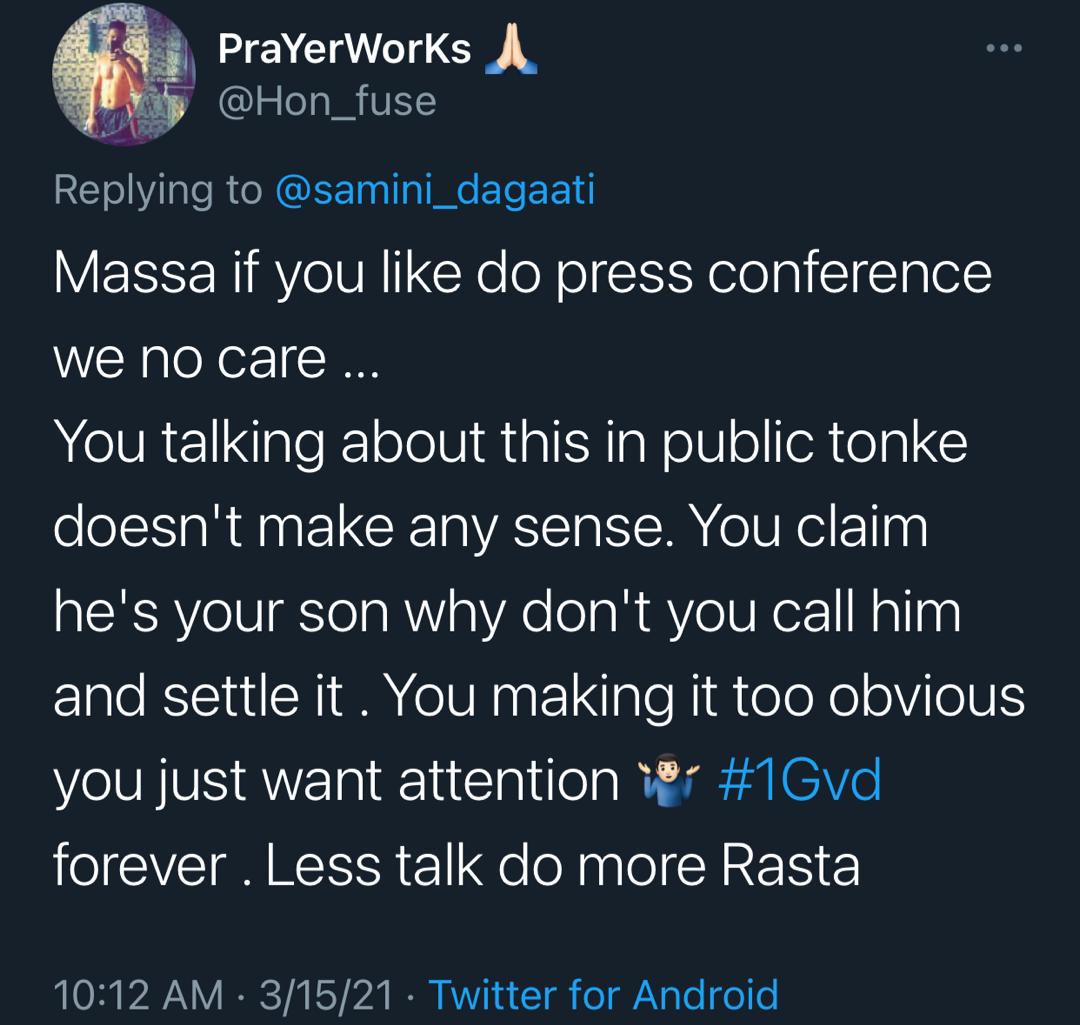 Samini used to be the most consistent Ghanaian artist in terms of dropping hits because he concentrated more on his music then… Now the only way he stays relevant is by involving himself in useless beefs it’s very sad. The Best Live band performer in GH is letting us down.

When you disrespect a kid, the kid will disrespect you – KK Fosu tells Samini