As part of its plans to develop the agriculture sector, the government informed Ghanaians last year, that the nation will be adding more cash crops to cocoa, which grants it an annual revenue of $2.3 billion.

The Minister for Food and Agriculture, Dr. Owusu Afriyie Akoto mentioned cashew, rubber, coconut, mango, shea, oil palm and coffee as the seven power crops that would be added to cocoa.

These crops are each expected to generate $2 billion in revenue for the nation.

Before the government embarks on its plan to make cashew the next big cash crop, Mildred Akotia, the founder of Royal Cedars, is taking the ambitious plan a step further by processing, packaging, and supplying local cashews at affordable prices.

Right from her manufacturing plant made from a container, she explains why she decided to solve this complex problem saying; “typically when you visit our supermarket aisle, you will find attractive, well-packaged products but most of these are from Western Countries. And when you go to our local aisle, you realize that there is little to write home about with regard to packaging. We want to change that narrative and give West African foods some good branding.”

But Mildred isn’t just concerned about branding and packaging, she transformed a shipping container into a manufacturing plant to process the raw cashews in Ghana; “it’s fulfilling for us to be able to create sustainable livelihoods and income along the value chain through our processing plant while making an impact in rural Ghana where most of the farmers are women,” she said.

One of the biggest challenges Ghana faces in its agricultural sector is the inability to process its raw materials. While successive governments have acknowledged the need for Ghana to specialize in exporting processed goods over raw materials, the nation still relies heavily on the export of primary goods. What made Mildred think she can solve this problem and where did she get the courage to make it a reality?

As Mildred did her grocery shopping in the United Kingdom, she realized that not only were made in Ghana goods not properly represented on Ghanaians shelves, they were practically non-existent on Western store shelves. She shares her discovery, “While in the United Kingdom, I realized that there was very little representation of West African foods on the Western shelves. Typically in the ethnic aisle, you will see Indian food, Italian food, you’ll see Chinese food but there was very little African food in general. So I said to myself, one day, I will love to have a factory that would process really nicely branded packaged foods and ship outside Ghana so we can have products that can stand tall with their international counterparts.”

And that’s exactly what Mildred did with Royal Cedars. Within a few years of operation, Royal Cedars has produced well-packaged peanuts, Agushi, and the famous cashew nut.

Like most cash crops, the value addition aspect of cashew nut is realized at the stage of processing and packaging. Successfully achieving this step within Ghana means the nation gains more from it’s cashew production locally, we eliminate countries like India and Vietnam that have historically acted as middlemen and more value is created locally at every stage of the supply chain. But this move, according to Mildred,  comes with its own set of challenges; “When I started the business, I thought that because I had a food quality, food processing, and food safety background, things would come automatically. I quickly realized that it will take more than that to succeed…Manufacturing in Ghana is very tough, I hear people say we don’t manufacture a lot, we don’t even manufacture toothpick but when you go into the nitty-gritty of manufacturing, even raw material availability, even quantities of raw materials that are needed, you realize that we do not have much of all these and there are real issues with processing.”

Despite these issues challenges, Royal Cedars is giving its competitors real competition in taste, looks,  and overall quality. The company is exactly what Ghana needs to significantly change its current trend of exporting over 98% of its cashew nuts in its raw form to India and Vietnam for it to be processed and exported to the United States, China, Australia, and Europe. If the government is serious about turning cashews into the next big crop coming out of Ghana, it will need to support ventures like Royal Cedars that are independently creating high-quality products that outcompete their foreign counterparts by either placing tariffs on these imported items or granting local enterprises tax incentives to make their products more competitive; “We need to be giving some incentives, like tax reduction to make our locally manufactured goods more advantageous over the imported ones”, Mildred says. 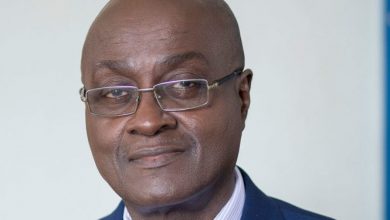 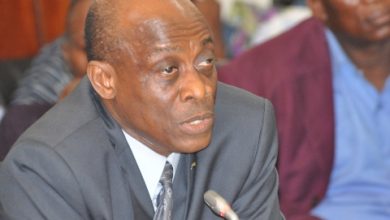