President Akufo-Addo has finally released his list of deputy ministers, subject to approval by Parliament. In all, there are 39 deputy ministers appointed under 24 portfolios.

The ministries of Trade and Energy have three deputy minister-nominees.

Read the full statement below 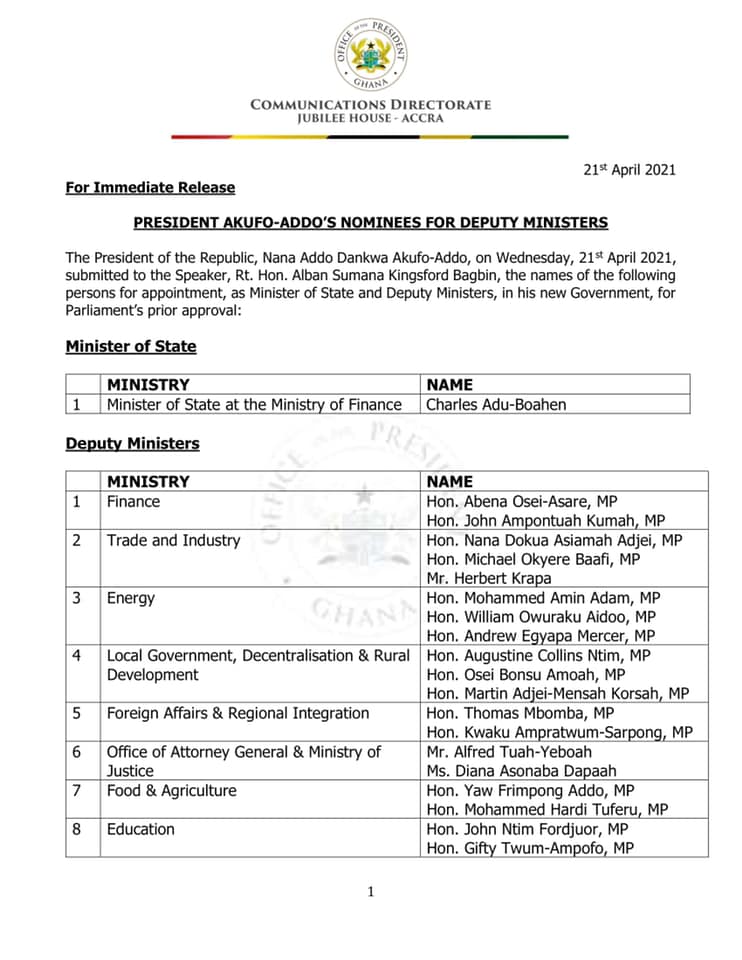 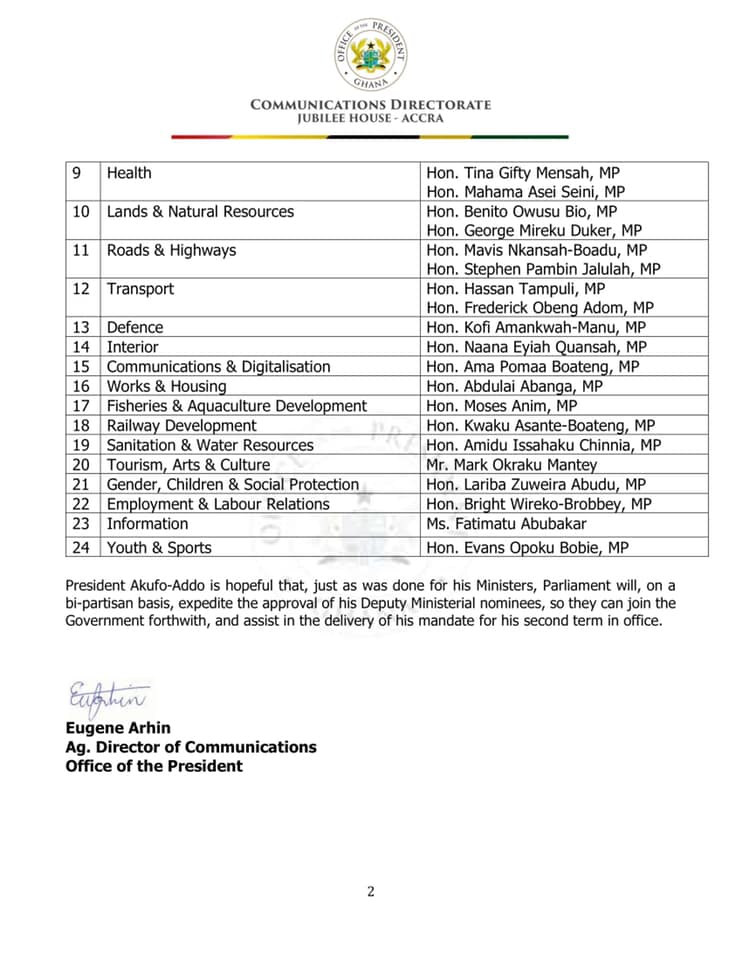