President Akufo-Addo has assembled his cabinet for the second term in accordance with Article 76 (1) of the 1992 constitution.

Like his first term, 19 ministers of state will form his cabinet in the second term. 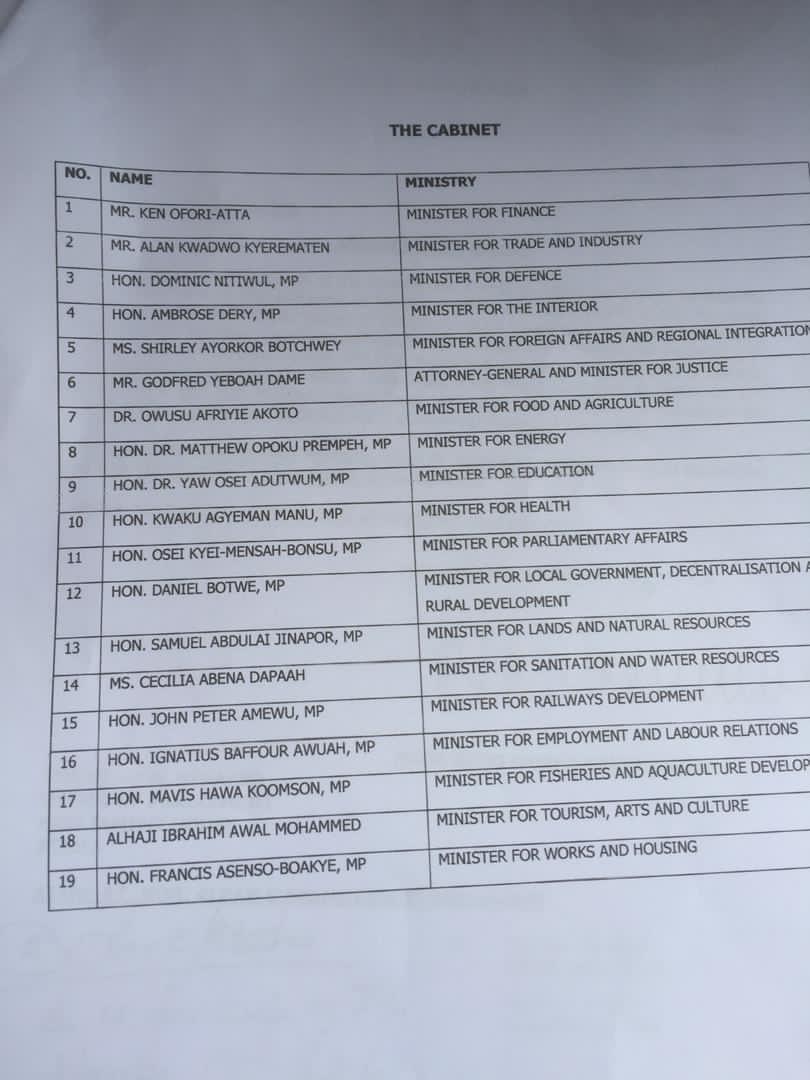 The constitution mandates the President to constitute a Cabinet of not less than 10 and not more than 19 ministers and shall have a secretary appointed by the President.

The cabinet consists of the President, the Vice President, aside from the Ministers of state; and it shall assist the President in the determination of the general policies of the government.

The cabinet is solely responsible for the regulation of the procedure at its meetings.

Despite the number that the constitution mandates, the President is free to invite other ministers to the meeting who may provide some answers or vital information but do not have the power to vote on issues.

Dr. Mac Palm had intention to cause maximum harm – witness

“Thanks for the big support; Bawumia has been first class” – Akufo-addo to North East Region