The President,  Nana Addo Dankwa Akufo-Addo, has issued a number of directives to Ministries, Departments, and Agencies in response to a report compiled by a committee of experts tasked to assess the country’s state of preparedness for the occurrence of earthquakes.

Speaking at a stakeholders’ conference organized by the Ministry of Interior, on Thursday, 8th April 2021, at Tang Palace, President Akufo-Addo noted that the series of earth tremors experienced by the country in recent times, coupled with the confirmation that Ghana is susceptible to earthquakes along the southern belt and the Akwapim-Togo range, resulted in the establishment of a Technical Committee to prepare “A Framework for Refocusing Ghana’s Earthquake Preparedness and Response”.

Endorsing the report and recommendations of the Committee, together with its action plan, the President noted that it is the collapse of structures during earthquakes that is responsible for human and economic losses.

“This means that to avoid or reduce these losses, we need to ensure that buildings, including dwellings, dams, and bridges, are structurally competent and resilient to earthquakes of a higher magnitude,” he said.

President Akufo-Addo continued, “Constructing well-engineered structures, including dams and roads, and retrofitting important lifeline buildings, such as hospitals, schools, churches, and mosques, cannot be compromised. That is why I urge the Engineering Council of the Ministry of Works and Housing to ensure that a comprehensive integrity audit of all public buildings and structures is conducted, and Government appropriately advised.” 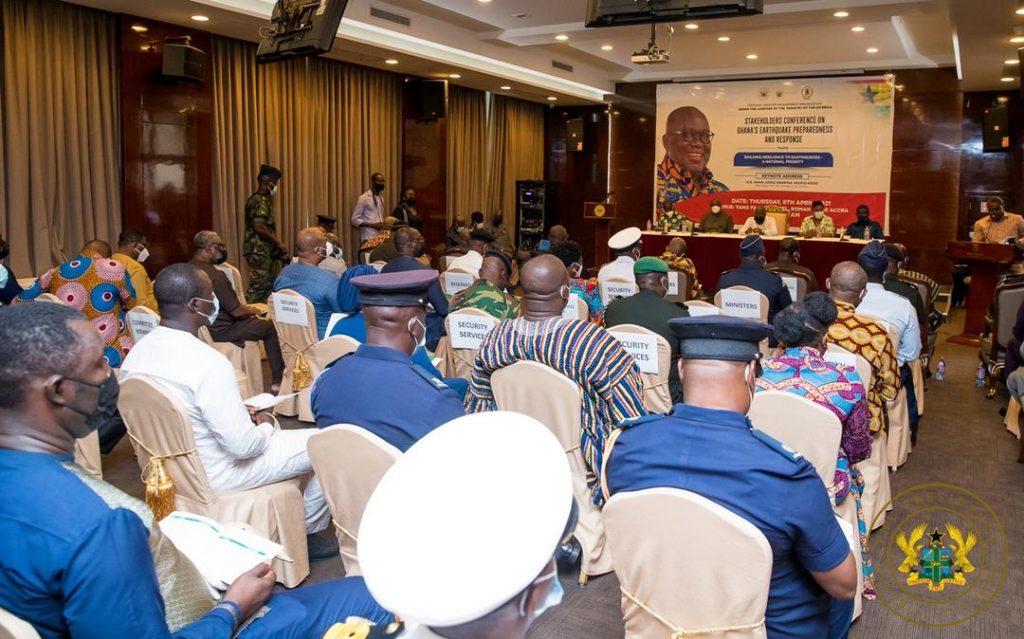 The President also urged the Ghana Geological Survey Authority to advise Government on the logistical needs and equipment required by the Authority to undertake round-the-clock monitoring of seismic activities for urgent action.

Knowing what to do, he said, in the event of an earthquake, is crucial to survival, adding that it is important that all Ghanaians know what to do to remain safe and alive should such an unfortunate event occur in the future. 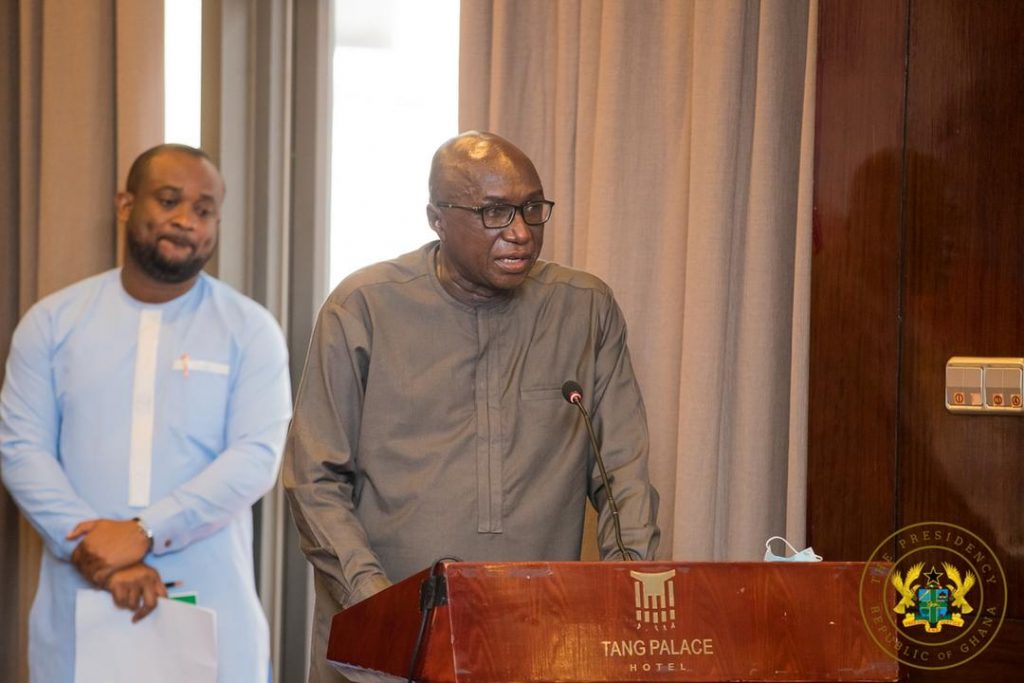 “I have already instructed the leadership of NADMO to liaise with the Ghana Education Service to help incorporate learning themes on protection against earthquakes and other disasters in the curricula at the pre-tertiary education level. Again, I have encouraged NADMO to embark on a sustained education campaign for the entire population, in this regard. I have requested regular updates from the Director-General of NADMO on progress made,” President Akufo-Addo noted.

To the Ministries of Works and Housing and Local Government, Decentralisation and Rural Development, the President urged them to collaborate with the Ghana Institution of Engineers to develop a scheme that will entail home-owners retrofitting their homes to make them resistant to earthquakes, and compelling prospective home-owners to build in accordance with defined standards. 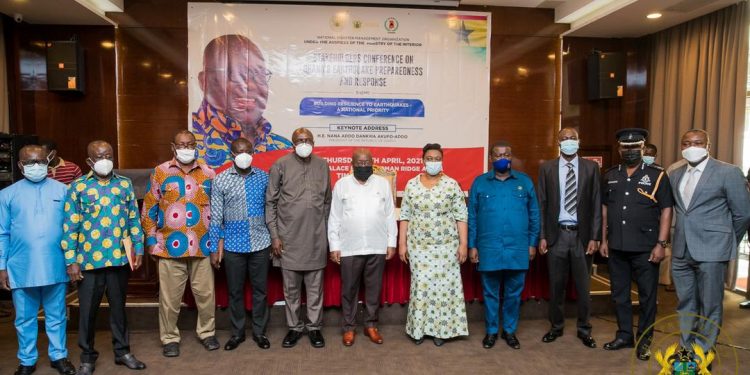 “I want to reiterate my total commitment as President to ensuring that Government protects the entire citizenry from the effects of earthquakes and other disasters that might ravage any part of the nation,” he said.

The government, according to President Akufo-Addo, has sufficiently demonstrated its determination to make the nation resilient to the effects of disasters, adding that “we will continue to equip NADMO and, indeed, all response agencies, to enhance their operational effectiveness”. 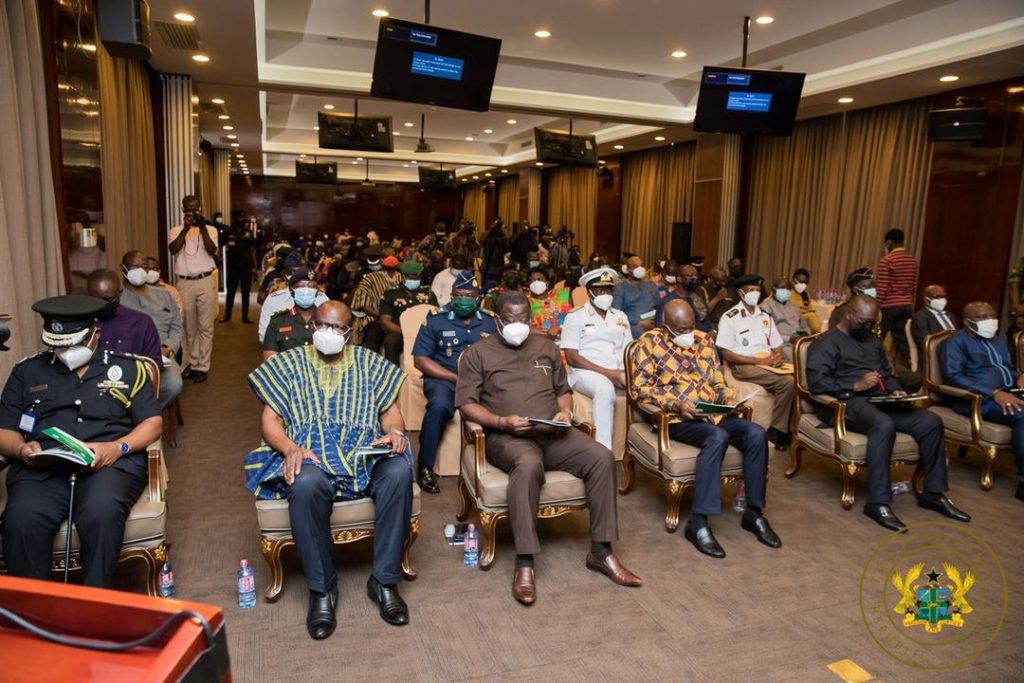 To the stakeholders gathered, he indicated that “the only option is to work collaboratively, devoid of turf wars and other counter-productive tendencies. Disaster preparedness and mitigation are a shared and collective responsibility. Let us put our shoulders to the wheels and safeguard Mother Ghana.”

There’ll be systematic power outages in May – NAPO