The Methodist Church Ghana has rejected a directive by the Ghana Education Service (GES) to allow Muslim students to fast during Ramadan on campus at the Wesley Girls’ High School in Cape Coast.

It argued that the school rule in question “is a long-standing one which is also non-religious and various renowned Muslim ladies in Ghana have passed through the school adhering to such a rule.”
The GES had directed the authorities of the Wesley Girls High School and other schools to allow any muslim student to fast for any religious reason.

The parents of any such student, it said, were also directed to write to the school indicating that the school shall not be held liable for any health condition of the student as a result of the fasting.

“The Ghana Education Service, therefore, directs authorities of Wesley Girls High School, as well as any other school to allow any such student who wishes to fast for any religious reason to do so.

“The parents or any such student are also directed to write to the school indicating that the school is not to be held liable for any health condition of the student as a result of the fast. Staff, students and the general public are to take note,” a statement signed by the Head Public Relations of the GES, Ms Cassandra Twum Ampofo, said.

Below is the statement 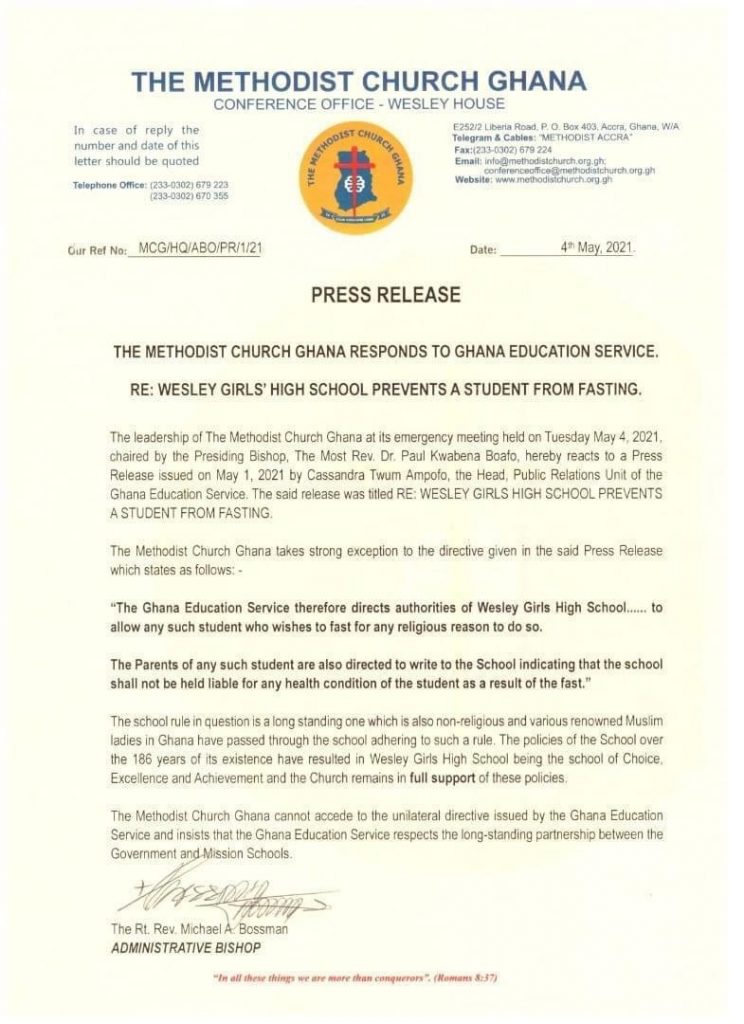 Office opened for journalists to file complaints of attacks