People have varied reasons for taking specific steps in life and based on the outcome, they are either proud of their decision or curse their stars. Abena Adams, a lady who appeared on The Exes Show to talk about her past relationship has no regrets, at least for now, for walking out. Her target is now Kwesi Arthur, the famed musician from Tema who she said without equivocation is the main reason she called it quits.

Single Abena Adams told Ato Aikins, host of the show, that although she has a crush on Kwesi Arthur, the rapper is unaware of her feelings for him.

“If I don’t date him, I don’t intend to date anybody,” she proclaimed while trumpeting “I’m his biggest fan… I think he is the main reason I had to break up with my ex.”

Abena recalled dating a gentleman who loved her dearly. The challenge, however, was the fact that she felt without the said boyfriend, nothing was missing in her life.

“I loved the guy I dated but I felt it was platonic love; not something to go extra. I’m one person that I feel I’m always happy with myself so I don’t want another extra,” she noted. “So the moment I give you that space and you come into my life, I feel you shouldn’t be that close and be asking if I’ve eaten… I feel you’re stressing my life. I’ll date you when I see the kind of person you are.”

Although the gentleman was good to her and played a pivotal role in her life including tutoring her to pass her examination with flying colours, the chapter had to be closed.

“One day, I was just there and I was like ‘Why are we dating? What is the essence?’” she said, admitting that her reason may not make sense. “He called me, I didn’t pick. He called again, I didn’t pick up. It wouldn’t sound logical but I’m one difficult person to handle.”

After several attempts from the gentleman to unravel the circumstances surrounding her unusual posture, she broke the news to him, a development she said affected the gentleman.

“It was a phone call [to announce the breakup]. I told him I just want to be alone, we can still be good friends. He felt disappointed but I had made up my mind,” said Abena.

Watch the show below.

Forget about your locked-up cash – Ken Thompson to Menzgold customers 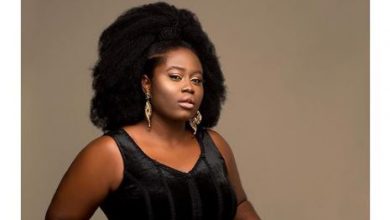 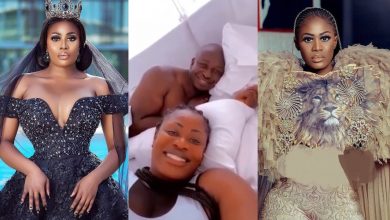 Yes, my husband cheated on me with another woman – Actress Nana Akua Addo tells everything