Traders at Race Course, one of the biggest markets within the Kumasi metropolitan area have threatened not to pay taxes to the assembly if authorities do not show a strong commitment to addressing some key challenges affecting their activities.

The traders have complained of the lack of a working access route to the market.

They say it has led to daily struggles, as it becomes extremely difficult for cargo vehicles to convey goods to and from the area since their broken-down bridge has remained unattended.

“Because this place becomes muddy during the rainy season, we decided to get the gravels so that the Kumasi Metropolitan Assembly will support us in leveling this place. We have approached the city authorities on countless occasions, but they have not addressed our concerns. Also, our bridge has broken down and has still not been fixed. It makes it very difficult in accessing the road. One of our cars even overturned recently. We used a tricycle to convey our goods afterward,” Nana Afia Kyeiwaa, the Race Course market queen lamented in an interview with Citi Business News.

Over GHS20,000 in revenue which the Kumasi Metropolitan Assembly generates from close to 10, 000 traders every month at the Race Course market, will no longer be collected going forward, if authorities do not address the challenges of traders at the market. 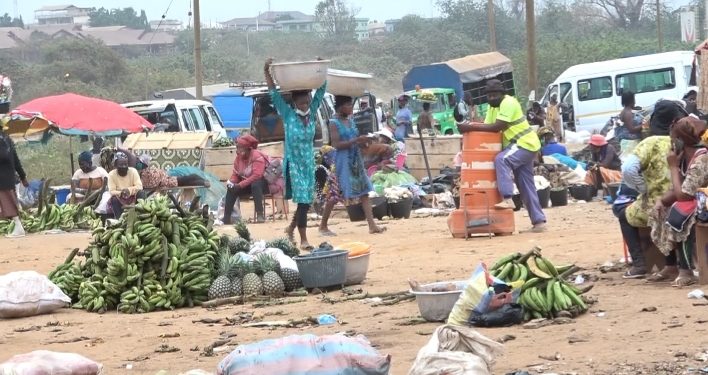 “If we don’t see any strong commitment from authorities, from Monday, February 15, 2021, all traders here will not pay taxes to the Assembly. We will take the contribution from our members and use it to address our concerns,” the market queen added.

“We pay taxes as expected of us but we don’t get anything from the authorities. We agree with our market Queen. We will stop paying taxes. We want the KMA mayor to listen to our plea,” said the cassava market queen at Race Course, Agatha.

A trader, Mama Esther added that: “the authorities have to address our concerns. The situation here does not make it attractive for others to also trade here. ”

The traders want concerns regarding developing their market as well as deploying security personnel to the area to be critically looked at.

DR Congo to vaccinate against Ebola after two deaths

Atsu’s survival was a miracle – Manager