Ishmail Ganiyu opened the floodgates at the Len Clay Stadium before Fabio Gama’s neat finish double the lead on the stroke of half time. Francis Andy Kumi made it 3-0 on the hour mark before substitute Michael Vinicius, making his debut for Kotoko, sealed the victory with a rebound effort late on.

Coach Mariano Barreto’s first game in charge of Kotoko came with high expectations and it took just six minutes for the Porcupine Warriors to get the opening goal with Abdul Ganiyu firing in a long drive after being teed up by Fabio Gama.

Gama then turned scorer on the 43rd minute, finishing brilliantly in the bottom corner after controlling a delightful pass from Andy Kumi. Gama has now scored in back-to-back games, having also netted in the draw against Eleven Wonders last weekend.

Kotoko was cruising at halftime.

LIVE: Fabio Gama smashes in the 2nd goal for the @AsanteKotoko_SC.

2-0 the porcupine warriors lead at Half Time in Obuasi. pic.twitter.com/tDZkztbUWQ

Back from recess, Andy Kumi, given his first start for Kotoko this season, headed home from an Imoro Ibrahim cross to make it 3-0 on the hour mark.

With 10 minutes to the end of the game, Barreto introduced Brazilian striker Michael Vinicius, who joined Kotoko on a free transfer last month. 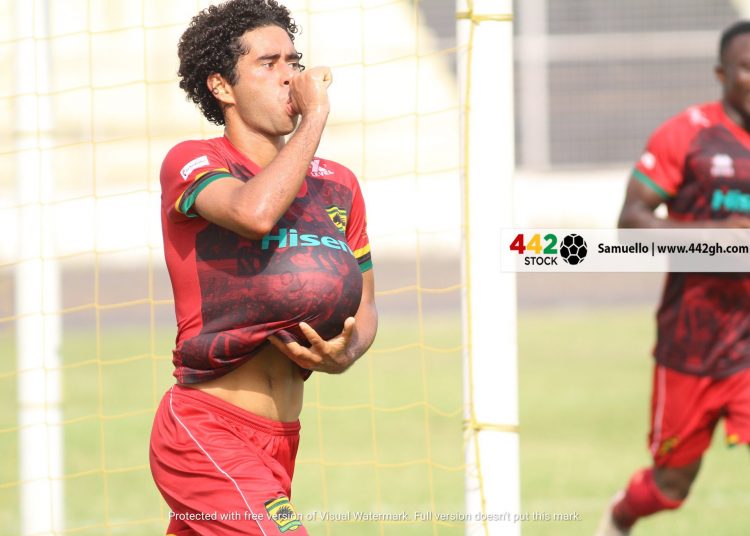 It took the 27 year old only two minutes to score on his debut for Kotoko, firing in a rebound after intricate play involving the Kotoko attackers.

Gama released Augustine Okrah inside the box but the winger’s shot hit the upright; then Godfred Asiamah’s shot was blocked but the ball only fell to Vinicius who converted the rebound with his first touch of the game.

The win lifts Kotoko up to 3rd on the league table, two points behind leaders Great Olympics.

Bechem United slip down to 7th.

Kotoko host Berekum Chelsea in their next game and Bechem United got to WAFA.