Media company, Media General and one of its broadcasters, Godsbrain Smart, could face a lawsuit from the government over claims President Akufo-Addo is involved in illegal mining.

The government in a statement said the claims made by Mr. Smart, popularly known as Captain Smart, in a published video, will be referred to the National Media Commission.

“It is, however, imperative to note that the aforementioned action is without prejudice to government’s right to seek legal action against Mr. Smart, Onua TV and Media General,” the statement noted.

The government accused Mr. Smart of “unethical and irresponsible” journalism, adding that “the video is intended to court disaffection for government and undermine efforts to fight illegal mining in the country.”

The government said it was concerned about the spread of disinformation and misinformation, “clothed under the pretext of journalistic discretion and free expression.”

It further held that the claims were baseless and “impugns the character and integrity of the President, and the credibility and commitment of his fight against illegal and irresponsible mining.”

Though the government has been criticised for paying lip service to the fight against illegal mining, it maintains that its commitment is “unwavering.”

Find below the full statement 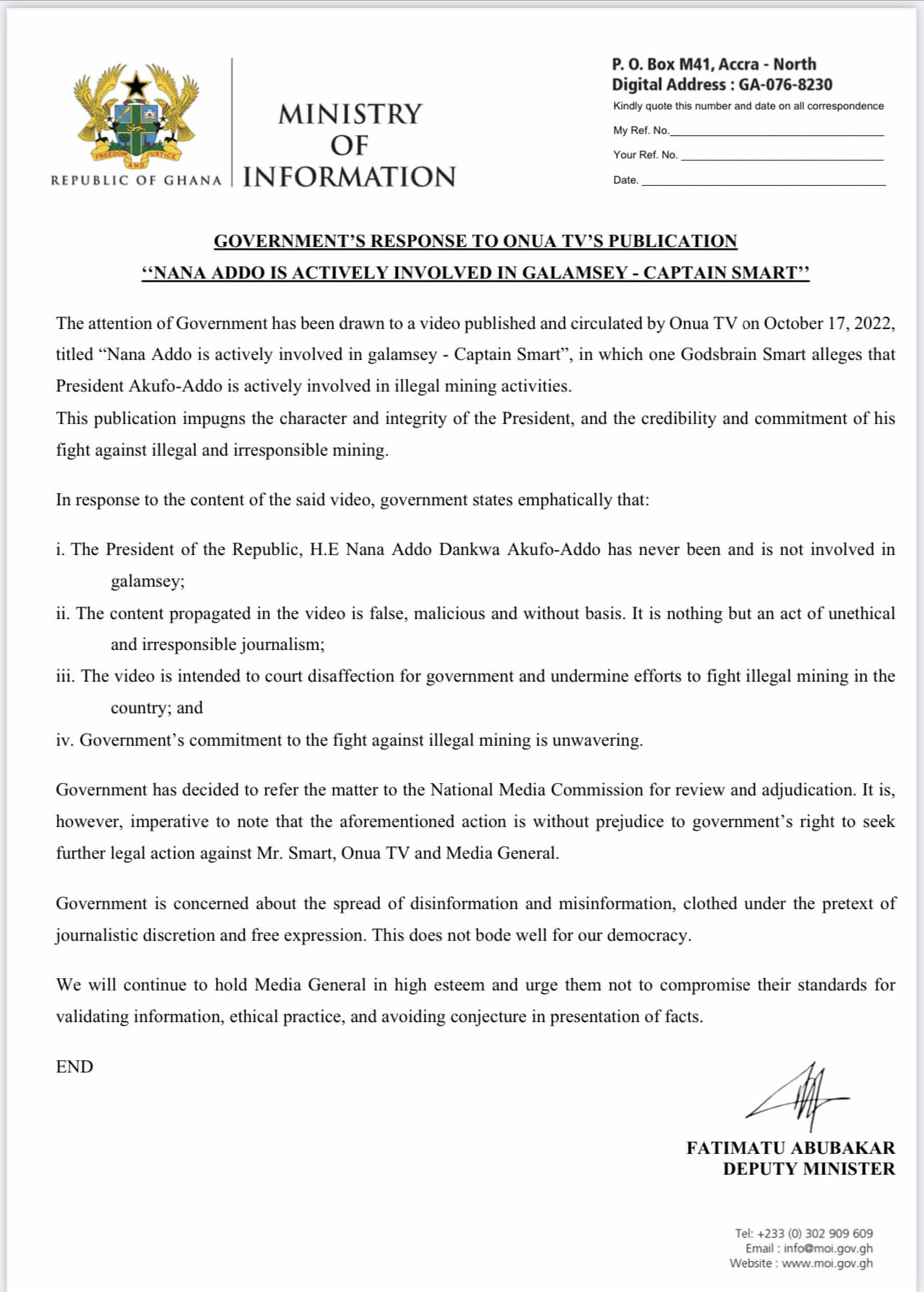 ‘Threats to vote out NPP don’t frighten me’ – Akufo-Addo