Following the presentation of the 2021 budget, major concerns are being expressed as to how the government intends to achieve sharp fiscal consolidation and generate strong economic growth at the same time. Economists are pointing out that the former requires demand management-driven macro-economic policies whereas the latter needs supply side, expansionary economic policies; and therefore the government will have to prioritize one over the other.

Joining the debate last week, The World Bank in its latest World Economic Outlook has endorsed Ghana’s plans to rein in its fiscal deficit over the next three years to within the 5.0 percent cap set by the currently suspended Fiscal Responsibility Act; but the Bank’s economists do not believe this can be achieved alongside government’s growth targets, instead of projecting that Ghana’s growth rate will fall well short of most of sub-Saharan Africa over the next two years.

Nevertheless, unsurprisingly, the World Bank is endorsing fiscal consolidation as the more important of the two objectives on the grounds that Ghana needs to avoid running out of fiscal space completely. Its latest report expresses confidence that this can be achieved if it keeps to its medium-term fiscal consolidation plans over the next three years.

Ghana’s fiscal deficit including financial- and energy-sector costs is expected to average 7.6% of Gross Domestic Product between 2021 and 2023, the World Bank’s Economic Outlook report has projected. This year government is aiming to cut it from an estimated 11.7 percent in 2020 to 9.5 percent this year, the first step towards returning it to below 5.0 percent by 2023.

The inordinately high fiscal deficit is primarily the result of the impact of COVID 19 and the consequent public policy measures to curb its spread and mitigate its impact on economic activity, which in turn have used up the little fiscal space left to the government with regards to the public debt levels which rose to over 76 percent of gross Domestic Product by the end of last year, well beyond the generally accepted debt sustainability level of 70 percent.

This has compelled the government to introduce a plethora of new indirect taxes such as financial sector levy, sanitation levy, and gaming levy to cut the deficit which the World Bank is pleased with.

Enthuses the World Bank report, which was apparently drawn up at the end of last year, “The fiscal deficit is expected to narrow to a pre-crisis level of around 5% of GDP by 2023. The annual cost of the government’s measures to improve the financial sector averaged 2.3% of GDP between 2018 and 2020. Since the financial-sector reforms are expected to be completed in 2020, no further costs are expected in 2021, creating immediate fiscal space”.

It adds: “reflecting the government’s commitment to pursue energy-sector reforms throughout the crisis period, the fiscal framework also includes an allocation of about 1.0% of GDP each year over the medium term to close the financing gap in the energy sector during the implementation of the Energy Sector Recovery Programme (ESRP)”.

However, its economists point out that this, at the same time, why it has cut its economic growth projections for Ghana to 1.9 percent, at total variance with the government’s own far more optimistic target of 5.0 percent. Simply put the World Bank’s premise is that you cannot eat your cake and still have it; while the demand management policies in the 2021 budget will serve to cut the fiscal deficit as direly needed, it will inevitably curb economic growth.

Indeed the World Bank believes Ghana’s growth will lag behind most of sub-Saharan Africa while fiscal consolidation is carried out.

However, the government is counting on its ambitious GHc100 billion Ghana COVID 19 Alleviation and Recovery of Enterprises (Ghana CARES) initiative to provide the financing needed for an economic rebound. In prudent acceptance of its own dire financial circumstances, the government only plans to cough up GHc30 billion towards funding expenditure under the programme, with the private sector being counted on to provide the rest. But with the bulk of that GHc70 billion going on infrastructure projects and programmes that will have direct impacts on economic growth, the economy’s managers are hopeful that strong growth and sharp economic consolidation can be achieved simultaneously over the next three years.

Actually, Ghana has some other factors working in its favor too. Firstly, oil prices on the global market are recovering faster than earlier anticipated and at around US$70 per barrel for the premium Brent (which is similar in both quality and price to Ghana’s Jubilee brand) by mid-March, this is exceeding the benchmark price used in computing the budget.

But even more importantly, Ghana is on course to replace part of its new, growth-inhibiting taxes, with the inclusion of the vast informal sector into the income tax net for the very first time.  Government economic strategists claim that the taxes are just temporary measures instituted until the new tax framework which extends its dragnet over the informal sector is fully implemented, as early as next year.

But while this is feasible, past experience suggests that successive governments are loath to do away with any tax that has been accepted by the populace – not matter how reluctantly – even when the circumstances leading for its introduction change. Instructively, even though the government is claiming that the new taxes are temporary, instituted because of peculiar circumstances, they do not have sunset clauses inserted into them. If the taxes are retained beyond the successful incorporation of the informal sector into the tax net, fiscal consolidation would get an added boost but economic growth would not be accelerated.

Despite the worries over the effects of demand management on Ghana’s economic growth prospects, Ghana is looking to private investment to provide the economic stimulus needed to accelerate that growth. The country’s ability to attract US$2.6 billion in direct foreign investment in 2020 – the joint second-highest by any African country last year – at a time that global FDI slumped by 42 percent according to UNCTAD, suggests that this is possible.

If it does happen then the incumbent administration will be justified in its claims about its ability to successfully think outside the box. 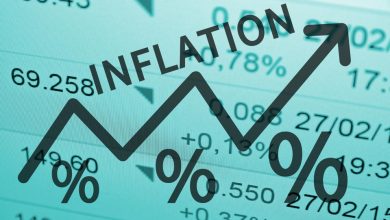