Ghana will invest US$1 billion this year to refinance loans contracted by private power producers, as it seeks to cut costs and curb ballooning debt in its energy sector.

The country and some of the contractors agreed on the plan during the renegotiation of power deals that began in November 2019, a finance ministry spokesman said in an emailed response to questions.

The investment will be done through the Ghana Infrastructure Investment Fund using proceeds from last year’s Eurobond sale, the ministry said.

Two of the 12 independent power producers have agreed to switch to gas, from heavy fuel oil, while another agreed to change its plant to a tolling structure. Together, those changes will save the government US$5 billion in tariffs over the remaining life of the power contracts.

None of the companies has yet agreed to stop charging the government for energy it does not consume. Those obligations, under so-called take-or-pay clauses, have cost the government US$500 million a year since 2017.

“Refinancing expensive debt on the books of the independent power producers will reduce the cost of power even further,” the spokesperson said. “In the coming months, we can expect to see the money raised in last year’s Eurobond issuance being deployed to reduce the energy sector cost profile.”

Lenders usually charge a high-risk premium to borrowers from Ghana’s energy sector because of a legacy debt problem, caused primarily by the inability of the state-owned power distribution company to collect all the revenue for the energy it sells.

The annual revenue loss is estimated at US$580 million. The national gas company cannot cover its costs because it reduced prices to power producers by 18% since March 2018 in a bid to lower consumer tariffs.

The government owes private power firms $750 million, after payments in December through February to clear half of the outstanding balance.

Taking into account unpaid bills to fuel suppliers and legacy components, the sector debt could reach US$12.5 billion by 2023 from US$1.5 billion currently without measures to curb it, Matthew Opoku Prempeh, the nominee for the position of Minister-designate, told Parliament’s Appointments Committee last month.

“We are open to a more strategic cooperation that will result in a strong and resilient energy sector for the good of Ghana’s economy and development,” said Elikplim Apetorgbor, chief executive officer of a chamber bringing together producers responsible for close to half of the country’s peak energy demand. He declined to comment on specific deals.

US calls for inquiry of Cameroon ‘revenge rapes’ 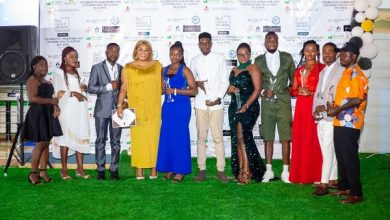