Ghana has received a symbolic flag ahead of the 2022 FIA World Cup in Qatar later in the year. Ghana FA boss Kurt Okraku, vice president Mark Addo and General Secretary Prosper Harrison Addo are in Doha for the FIFA Congress and the draw for the global tournament.

Ghana qualified for a fourth World Cup appearance after a spirited away goal rule against regional rivals Nigeria.

The Black Stars managed a 1-1 draw at the Moshood Abiola Stadium in Abuja after the first leg ended goalless.

Ghana will discover their World Cup opponents on Friday after sealing qualification to Qatar.

The Black Stars sealed their berth after a remarkable 1-1 draw in Nigeria – ensuring the four-time African champions secure passage to the global showpiece on the away goal rule.

Ghana are among the lowest-ranked countries to compete in this year’s FIFA World Cup and have been placed in Pot 4 ahead of the draw in Qatar.

The draw for the November/December competition will follow the 72nd FIFA Congress, which is now taking place in Doha.

It will be held in the Doha Exhibition & Conference Centre.

Cameroon, Ecuador, Saudi Arabia, Canada, who is also returning since 1986, and the three qualifiers from the June playoffs are all in Ghana’s pot.

These teams will not meet, at least, at the group stage.

The Black Stars might meet any of the eight seeded teams in Pot 1: Qatar, Brazil, Argentina, Belgium, France, England, Portugal, and Spain.

Furthermore, the Black Stars could be drawn in the same group as long-time adversaries the United States, who are in Pot 2 together with 2018 finalists Croatia, past champions Germany, Mexico, Switzerland, the Netherlands, and Uruguay – a side that denied Ghana a historic semi-final appearance in 2010.

Pot 3 is dominated by African teams with Senegal, Morocco and Tunisia in there along with Poland, Iran, Serbia, Korea Republic and Japan.

Parliament to break for Easter festivities on April 5 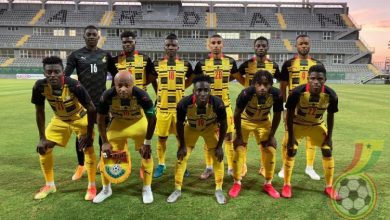