The Ghana Education Trust Fund (GETFund) has clarified the number of E-blocks (Community Day high school projects) it has completed as of December 2016.

It follows what the Fund says is ‘political media debate’ on the projects particularly being fueled by the National Communications Officer of the National Democratic Congress (NDC), Sammy Gyamfi.

GETFund in responding to the issue said that “by the end of the year 2016, 22 of the E-Blocks being funded by GETFund were completed”.

It further explained that, Government awarded 101 contracts on E-Blocks between 2014 and 2016 on the accounts of GETFund aside from 23 other projects from the World Bank, out of which seven were completed in the same period.

By the end of 2020, 30 more E-blocks were completed 14 being GETFund funded with that of the remaining 16 being completed by the World Bank.

“Outstanding 38 E-blocks are at various stages of completion”, a statement from GETFund further added. 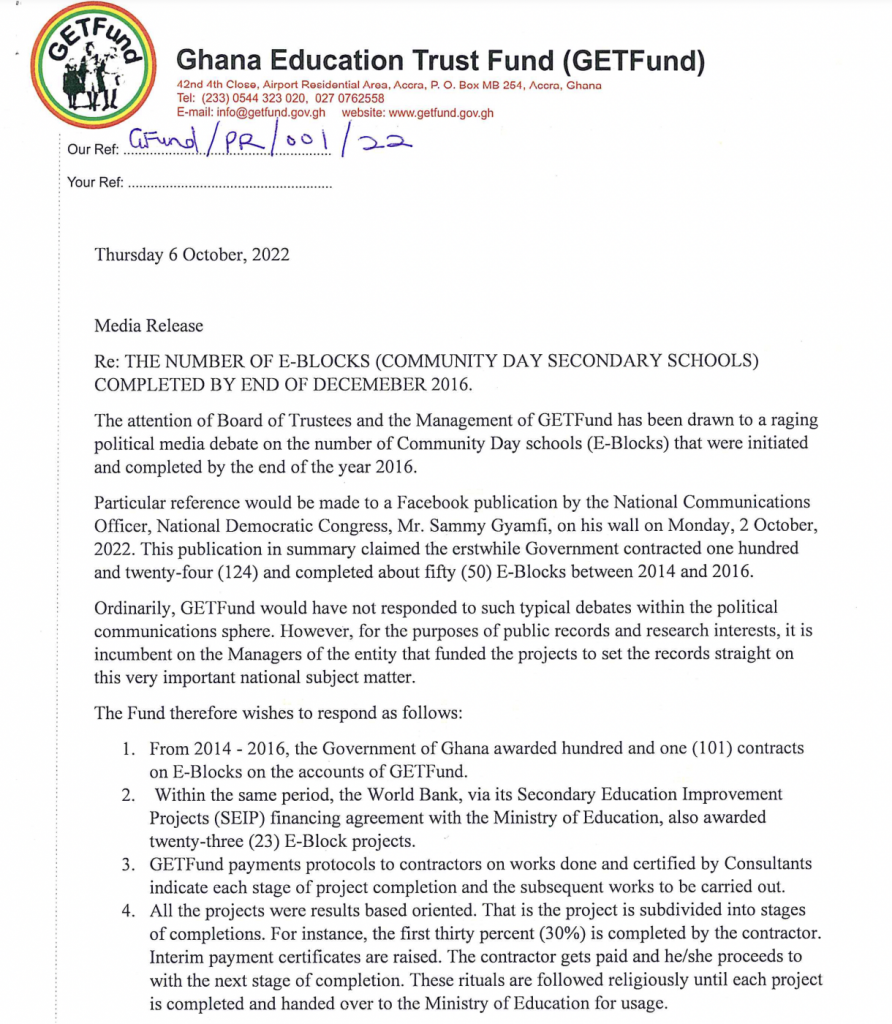 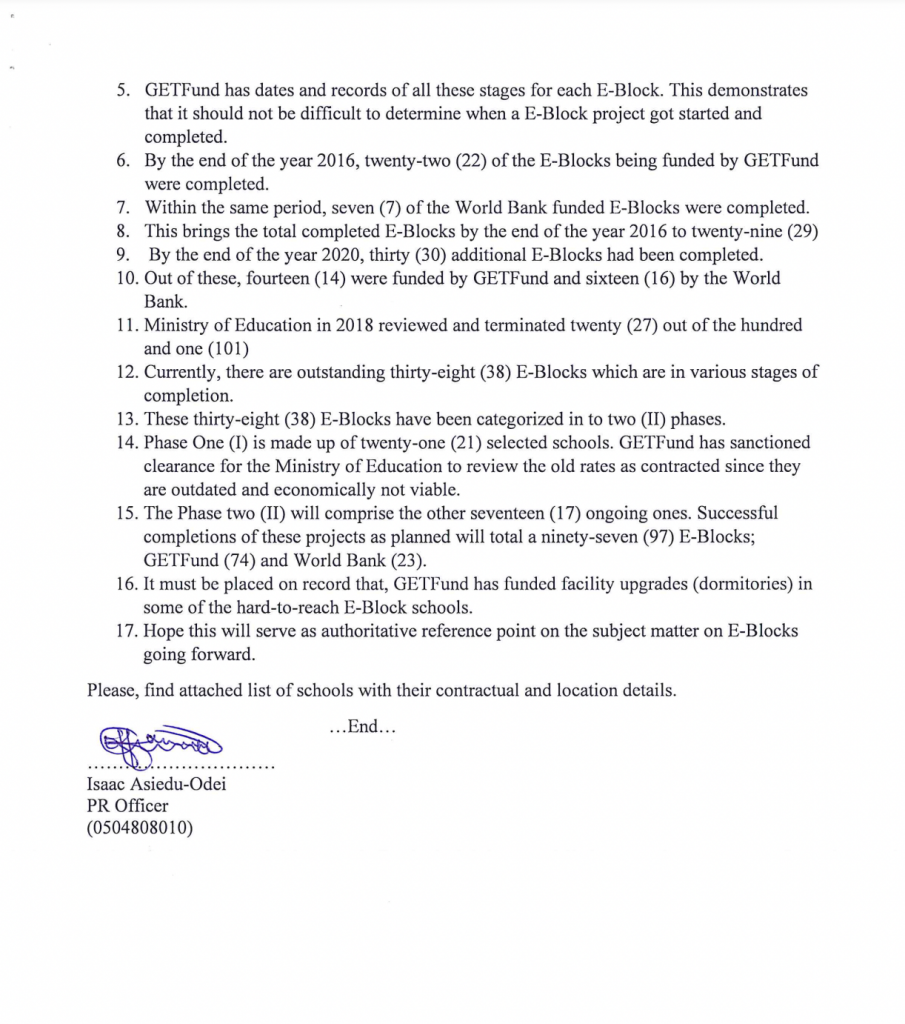 We are coming after you - GRA warns tax defaulters