Chelsea’s reward for Thursday’s 1-0 win at Barnsley is a home tie against the Premier League’s bottom side Sheffield United.

Everton reached the last eight after coming through a nine-goal thriller against Tottenham on Wednesday, with Bernard’s extra-time winner giving them a 5-4 victory over Jose Mourinho’s side.

City, meanwhile, made English football history by breaking the record for consecutive wins (15) in all competitions by a top-flight team as they beat Swansea 3-1 in the fifth round on Wednesday. 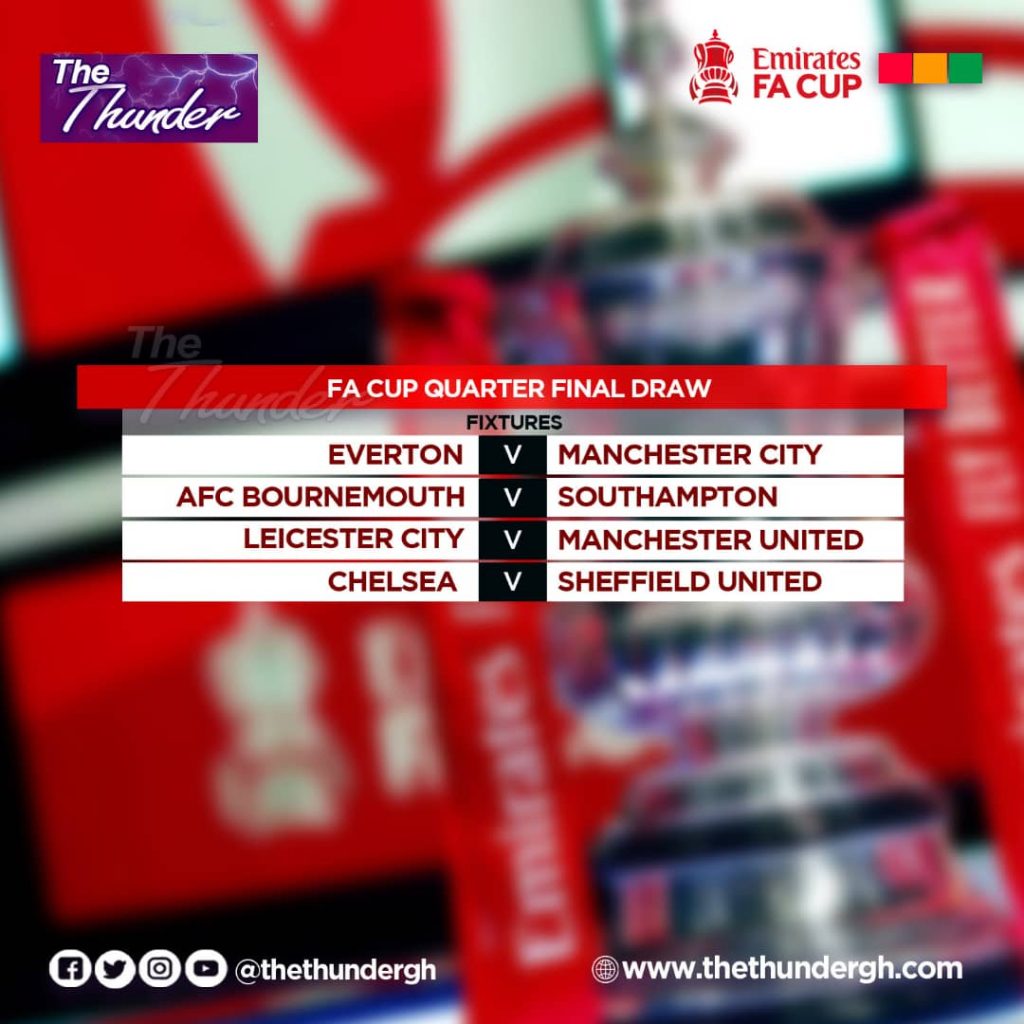 Everton are yet to face City this season after the original league fixture on December 23 was postponed following a coronavirus outbreak in the City squad. The rearranged match will take place on February 17.

Leicester and United met in the Premier League on Boxing Day last year, when Axel Tuanzebe’s 85th-minute own goal earned a point for the Foxes in a 2-2 draw at the King Power.