The Minister responsible for Energy has received a delegation from ENI Ghana Exploration and Production Limited, the lead operator of the Offshore Cape Three Point (OCTP).

The delegation was led by the company’s Managing Director, Mr. Giuseppe Valenti.

The team briefed the Minister on the ongoing harnessing of Block 4 of Ghana’s oil field. They expressed their optimism on this project, indicating that the well showed favourable characteristics consistent with that of the Sankofa Gye Nyame fields.

Mr. Faibille Jr and Dr. Sarpong shared their commitment to supporting the project as representatives of the Government.

Dr. Prempeh said Government would work swiftly but cautiously in the process of expediting the rolling out of the project.

Below are some photos from the meeting: 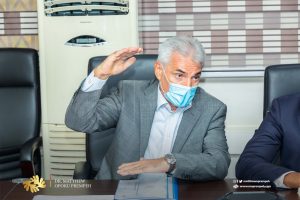 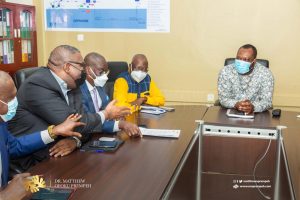 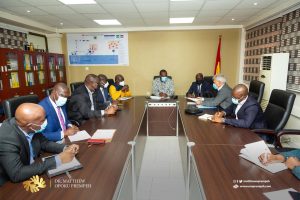 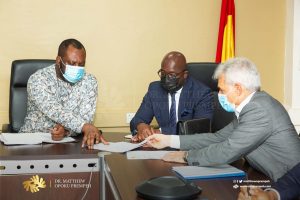 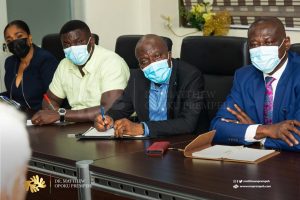 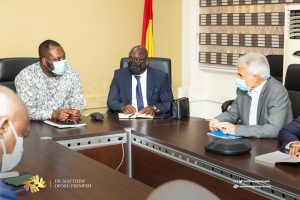 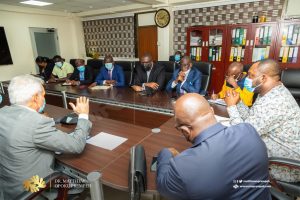 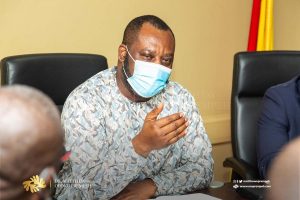 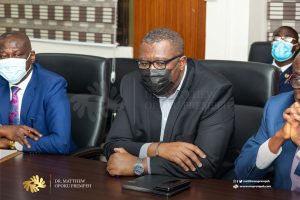