A communication mast has collapsed on a transmission line belonging to the Ghana Grid Company (GRIDCo) near Bogoso in the Western Region.

According to GRIDCo, the mast which fell on its 330kV Aboadze–Kumasi Transmission Line on Tuesday, November 9, 2021, resulted “in the collapse of two adjacent towers.”

“This has affected the national power system and may result in some load management,” a statement from the company announced.

“GRIDCo is working around the clock to replace the fallen towers within the shortest possible time. GRIDCo is committed to maintaining a stable network for reliable and efficient power delivery. We apologise for any inconvenience caused,” the statement added.

This comes after Monday’s blackout, which affected most parts of the country. Takoradi, Dansoman, Nima, Teshie, Tarkwa, and areas in the Bono Region reported outages on November 8, 2021.

GRIDCo blamed “significant disturbance” in its power systems as the cause of the widespread power outage.

It said its power generating units at Aboadze and Bui tripped, hence the incident.

It subsequently said the situation was rectified as of Tuesday, November 9, 2021, although it encountered a similar problem again minutes after it restored power at 4.30 am.

Below is the statement 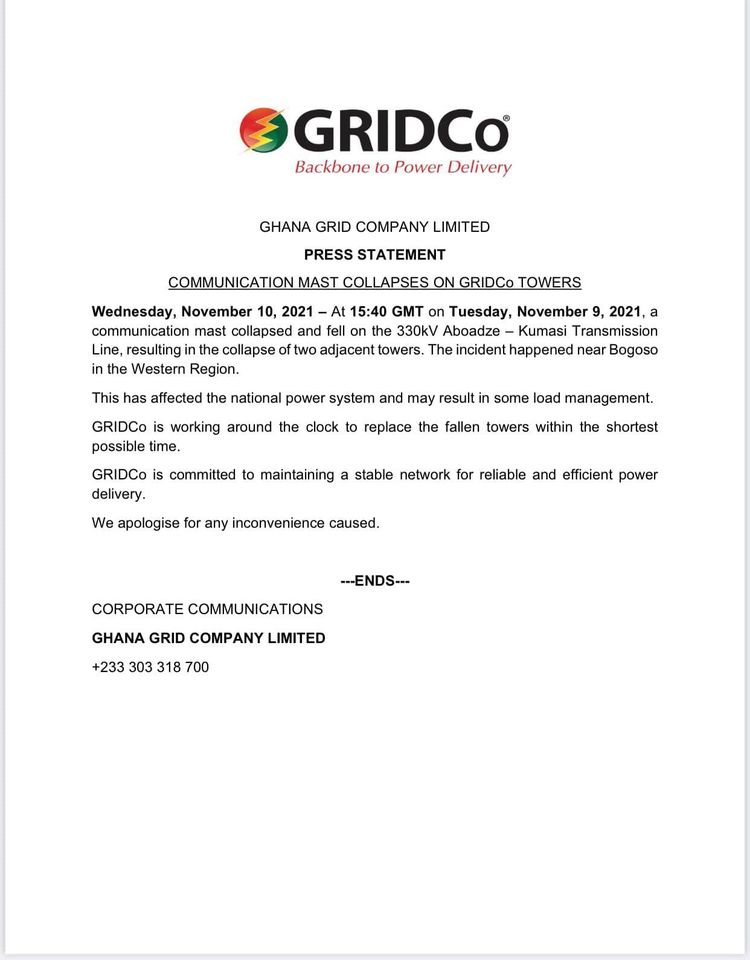