The Vice President, Dr. Mahamudu Bawumia has distanced himself from campaign posters announcing his bid to become the presidential candidate for the New Patriotic Party in the next general elections in 2024.

In a statement, the second gentleman of the land said he has not given his consent for such activities to be carried out on his behalf.

“The Office of the Vice President has taken notice of the proliferation of posters around the country apparently promoting H.E Dr. Mahamudu Bawumia as the [presidential] candidate of the NPP for the 2024 elections,” the statement signed by Gideon Boako, Dr. Bawumia’s spokesperson said.

“For the record, the Vice President has not given his consent to these and other associated activities.”

The statement affirmed that Dr. Bawumia is committed to helping President Nana Akufo-Addo execute the mandate given him by Ghanaians.

“The Vice President remains focused on assisting H.E the president in the execution of his agenda to transform Ghana. This is where everybody’s focus should be.”

Three months into Akufo-Addo’s second term mandate, there seems to be some jostling within the governing party on who would succeed the President. 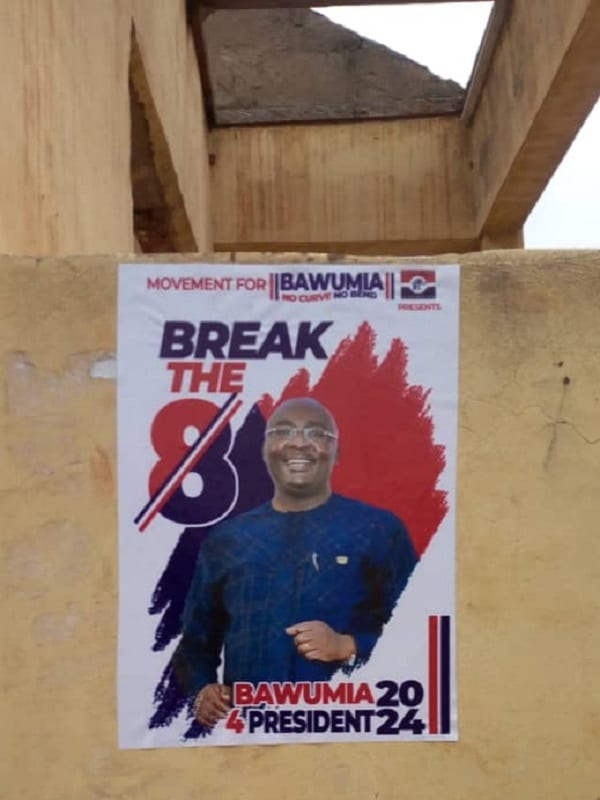 The Communications Director of the New Patriotic Party, Mr. Yaw Buaben Asamoa had condemned such activities.

He subsequently advised such interested persons to exercise restraint and focus on helping the NPP achieve its goals for President Akufo-Addo’s second term.