Black Stars captain Andre Ayew has been named in International Federation of Football History and Statistics’ (IFFHS) African team of the decade following his outstanding performances with the Ghana national team.

IFFHS revealed the African team of the decade with players who performed from 2011 to 2020.

IFFHS x-rayed the performances and impact of the individual player at the club level and the national team level.

It also put into consideration statistics of their performance as a yardstick to be selected.

Ayew has been a key figure to the Black Stars after making his second major tournament appearance in 2010 were reached the final of the Africa Cup of Nations.

He proceeded to be instrumental for Ghana at the 2010 FIFA World Cup in South Africa reaching the quarterfinals stage.

The 31-year-old has also been a top performer clubs he has played within the period from Olympique Marseille to Swansea City to West Ham United and back to Swansea.

He was named Swansea’s best player last season after emerging as top scorer for the club.

See below the African decade XI: 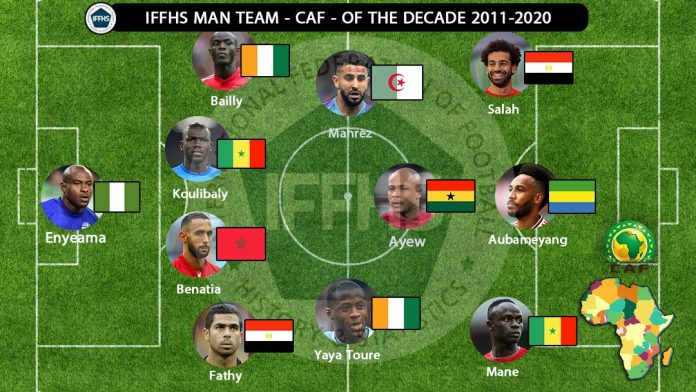