The staff union division of the Ghana Airport Company Limited (GACL) has embarked on strike action.

The union in a notice served to the Director-General of the Ghana Civil Aviation Authority said it will withdraw all services at the Kotoka International Airport from Friday, February 26, 2021, until further notice.

In a letter signed by the Divisional Chairman of the Union, Issaka Abdul Bamba explained that the strike action is in protest against the failure of the state-owned company’s board to publish and implement the findings of an investigative committee set up to probe an allegation of mismanagement against the current Managing Director, Yaw Kwakwa.

The move is expected to disrupt regular flight operations at the KIA and also force the cancellation of several international and domestic flights.

Read the notice below: 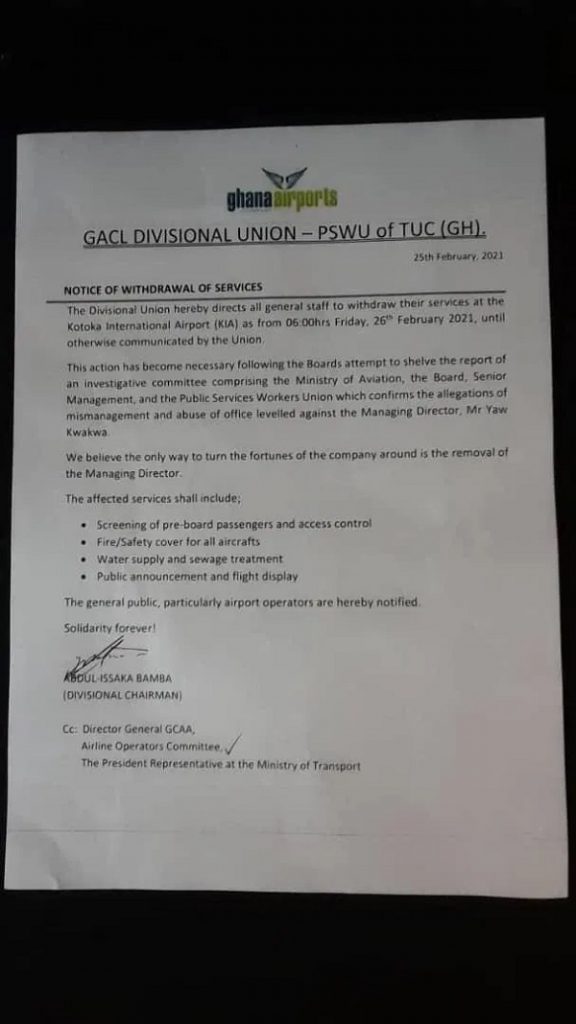