Some 6,000 security personnel will be deployed to provide protection at the swearing-in ceremony of President Nana Addo Dankwa Akufo-Addo and his Vice President, scheduled to take place in Parliament on Thursday, January 7, 2021.

The deployed security team will include personnel from the Ghana Police Service, the Ghana Armed Forces, and allied agencies.

This was contained in a statement issued by the Ghana Police Service announcing security arrangements for the swearing-in ceremony.

According to the Police, this is to “ensure the protection of lives and properties and general maintenance of law and order for the inaugural ceremonies.”

“Six thousand (6,000) security personnel drawn from the Ghana Police Service, the Ghana Armed Forces, and allied agencies will provide security to ensure the protection of lives and properties and general maintenance of law and order for the inaugural ceremonies. This will be augmented by technology to ensure maximum security.”

The statement noted that “All VVIPs would be offered close protection as appropriate.”

However, it advised the public to stay off the immediate vicinity of the following locations. 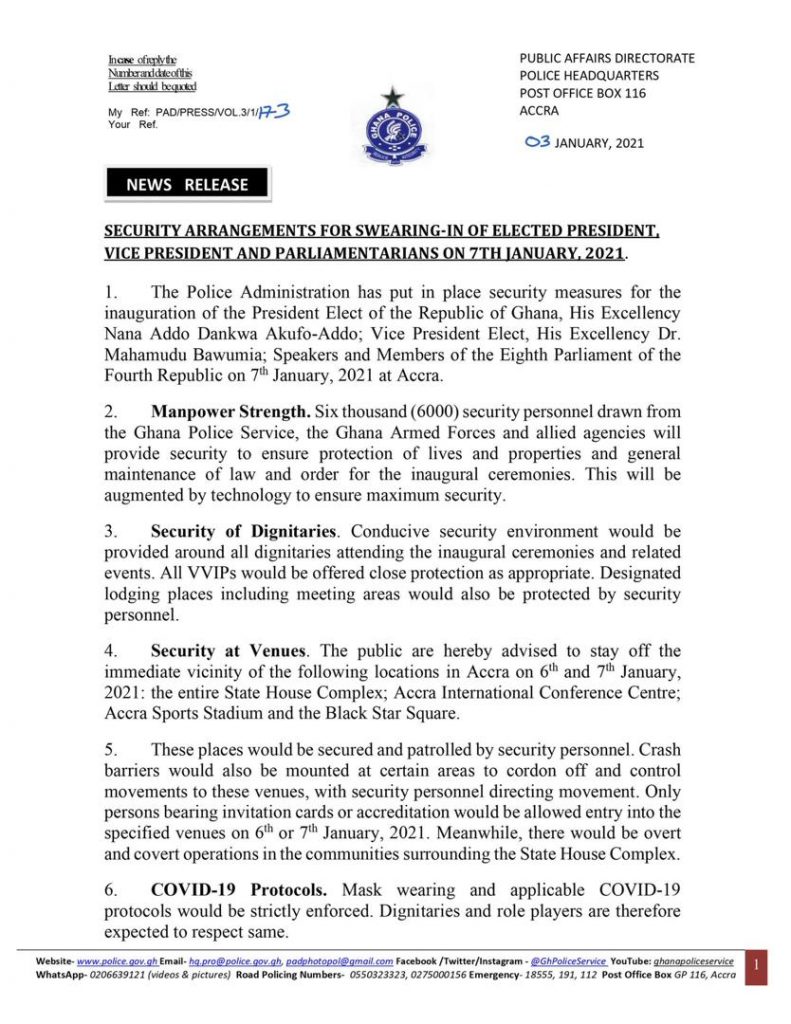 Parliament had earlier announced its programmes leading to the dissolution of the seventh session to pave way for the inauguration of the eighth session on Thursday, January 7, 2021, and the swearing-in of President Akufo-Addo.

“The President-elect will then be sworn in before the 8th Parliament in accordance with Article 57(3) of the 1992 Constitution of Ghana,” the law-making body announced this in a statement.