The Ghana Health Service (GHS) has on Tuesday (16 November) revealed that nine more individuals have succumbed to yellow fever in two regions in northern Ghana.

This brings the death toll to 25 “from both Savannah and Upper West Regions and 18 are on admission,” the director-general of the GHS, Dr Patrick Kuma-Aboagye, said in a statement.

He said GHS has begun vigorous vaccination in the regions to control the spread of the virus.

“Following the report of cases in Savannah Region, other cases have been reported in Wa East District of the Upper West Region and reactive vaccination has also been initiated,” the statement added.

The yellow fever virus is found in tropical and subtropical areas of Africa and South America. The virus is spread to people by the bite of an infected mosquito. 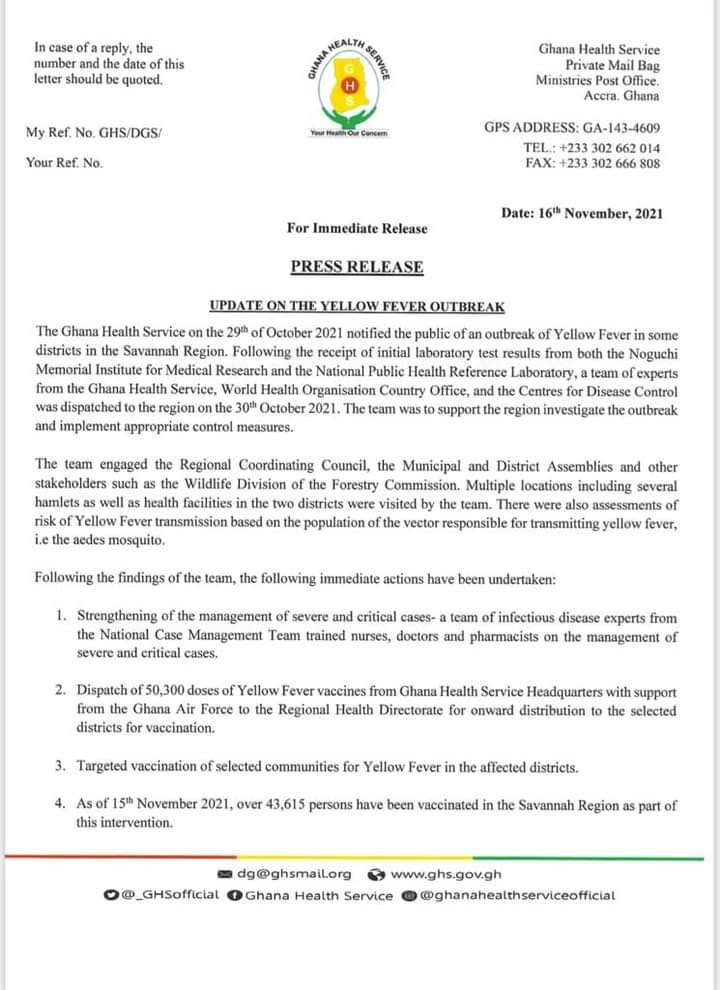 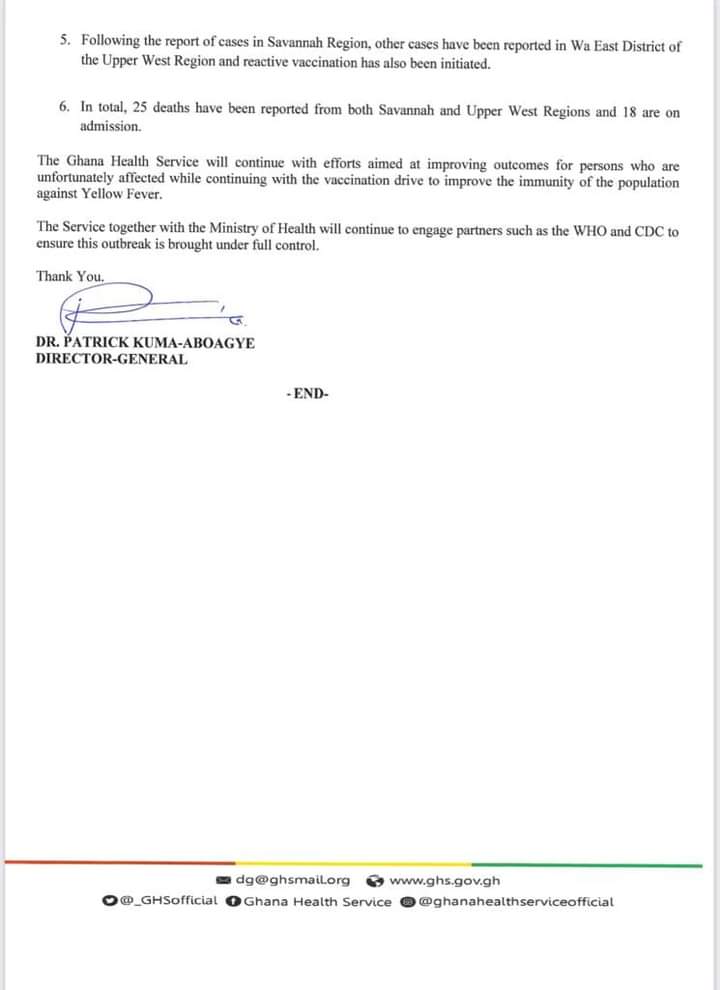