The leadership of the Teachers and Educational Workers Union (TEWU) has asked its members to without delay call off their strike to allow for a meeting with the Fair Wages and Salaries Commission (FWSC) on Thursday, February 4, 2021.

In a communiqué issuing the directive to the members, TEWU said suspending the industrial action will make the “negotiations to be conducted in good faith”.

TEWU has been in talks with the Fair Wages and Salaries Commission since June 2019 on the Review of the Conditions of Service for Unionized Staff of the Public Universities.

Having declared an indefinite strike nationwide on Wednesday, 13th January 2021, to demand better conditions of service although the union’s national leadership called off the strike on January 18, some of its members have refused to follow the directive.

But TEWU is again asking members to comply with the new order for a speedy conclusion of negotiations of the requests.

“In view of the pending meeting with FSWC on 4th February 2021, and in accordance with Section 161 of the labor Act 2003 (Act 651), the leadership of TEWU (National and Locals of the Public Universities) call for the suspension of the strike and request our members to resume work immediately to allow negotiations to be conducted in good faith”, the statement said.

The upcoming meeting between the two sides comes three weeks after TEWU laid down its tools.

TEWU reiterated how affected its members are following the failure to have their service conditions reviewed since 2008.

Meanwhile, the national leadership of TEWU has assured that it will not relent in its efforts to negotiate better conditions of members to enable them to cope with their duties. 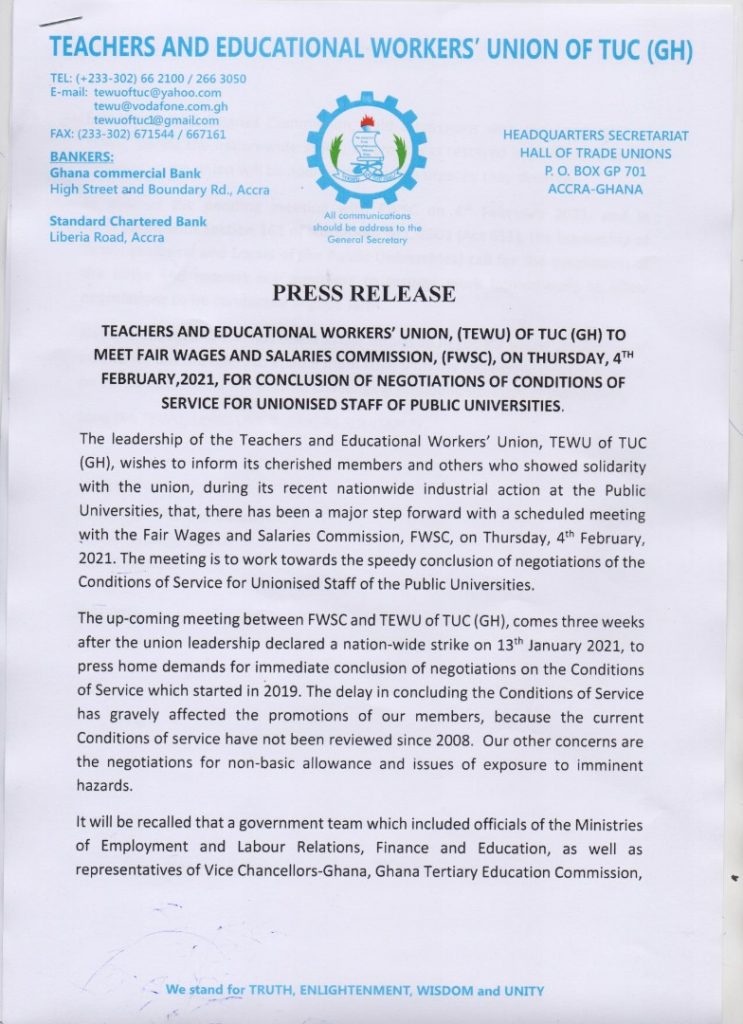 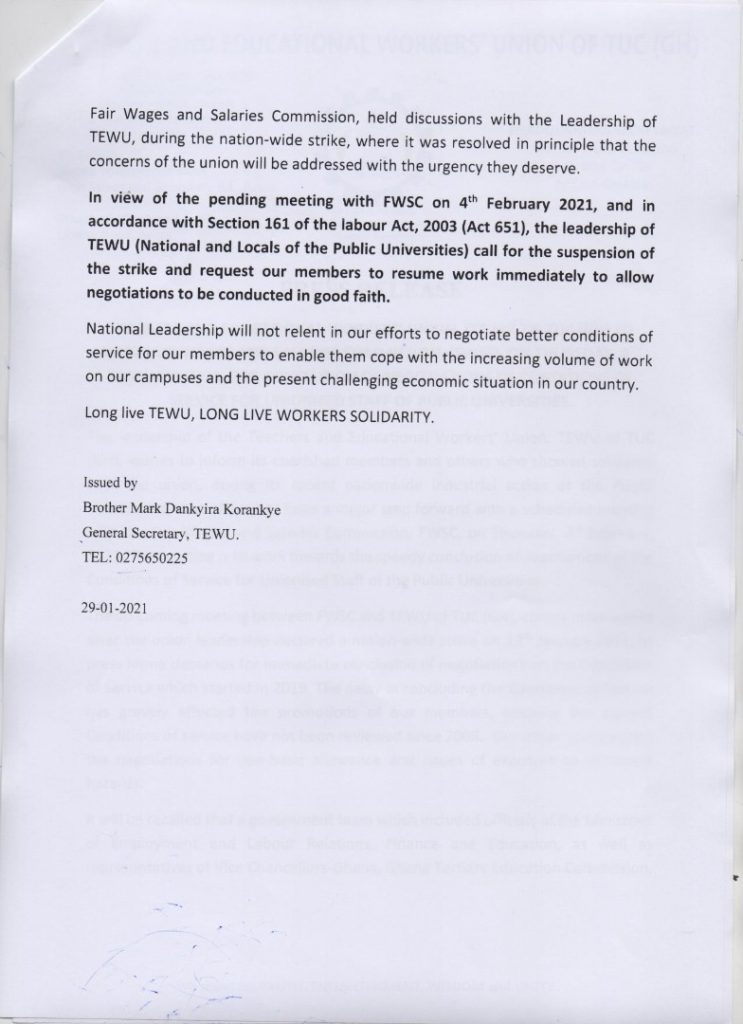