Police have said the Takoradi woman who supposedly went missing before she was found, Josephine Panyin Mensah, was never pregnant, as her family had claimed.

In a statement issued on Thursday, September 23, 2021, Police said a thorough medical examination by the medical doctors at the Axim Government Hospital revealed that the missing woman “was never pregnant within the period under review.”

Following this development, police are now treating the woman, who was said to have gone missing on September 16, as a suspect, in the case.

Police also said, “she may have conspired with other persons over her possible planned disappearance.”

Three people have also been arrested for further questioning on possible conspiracy charges following this development.

According to police, Josephine said she attended the European Hospital in Takoradi for the antenatal reviews and assessment.

But Medical records at the facility suggest that the lady visited the hospital without pregnancy somewhere in October 2020.

The police conclusion comes after a similar assertion by the Western Regional Minister sparked controversy.

The Minister, Kwabena Okyere Darko-Mensah, said his information was based on a preliminary security report he had from the National Intelligence Bureau (NIB).

But Josephine’s husband, Michael Simmons, insisted that his wife was carrying a pregnancy. 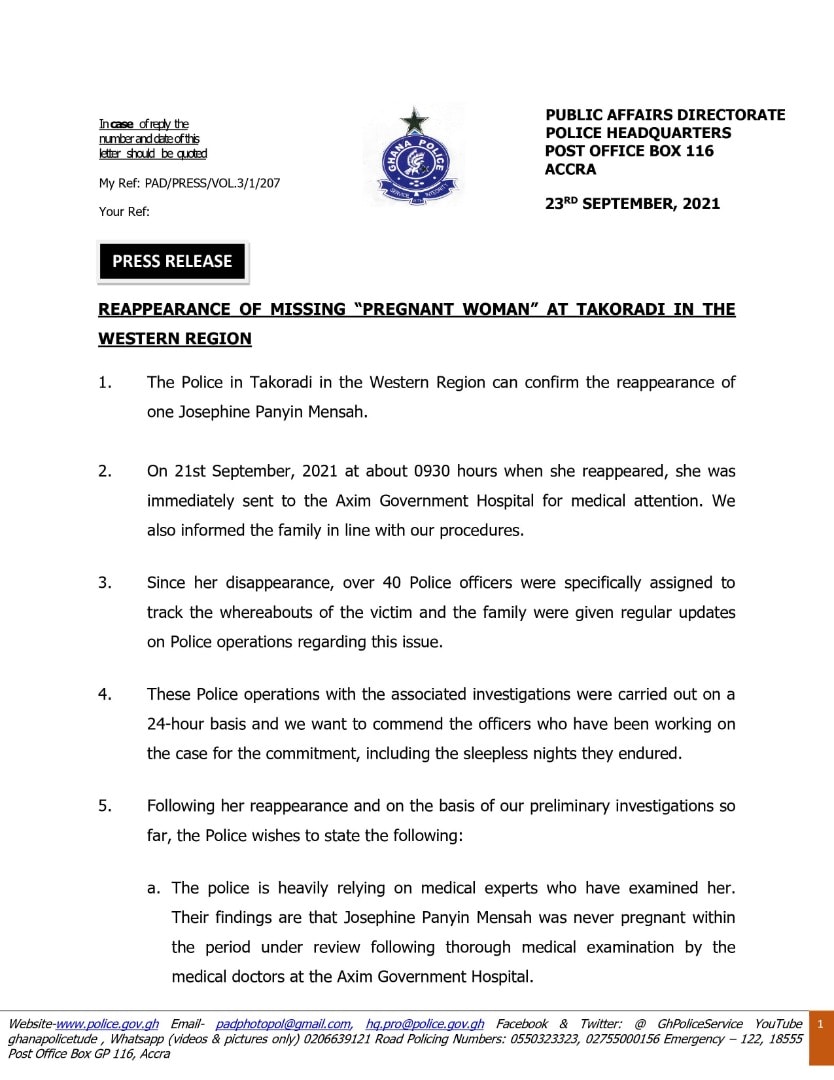 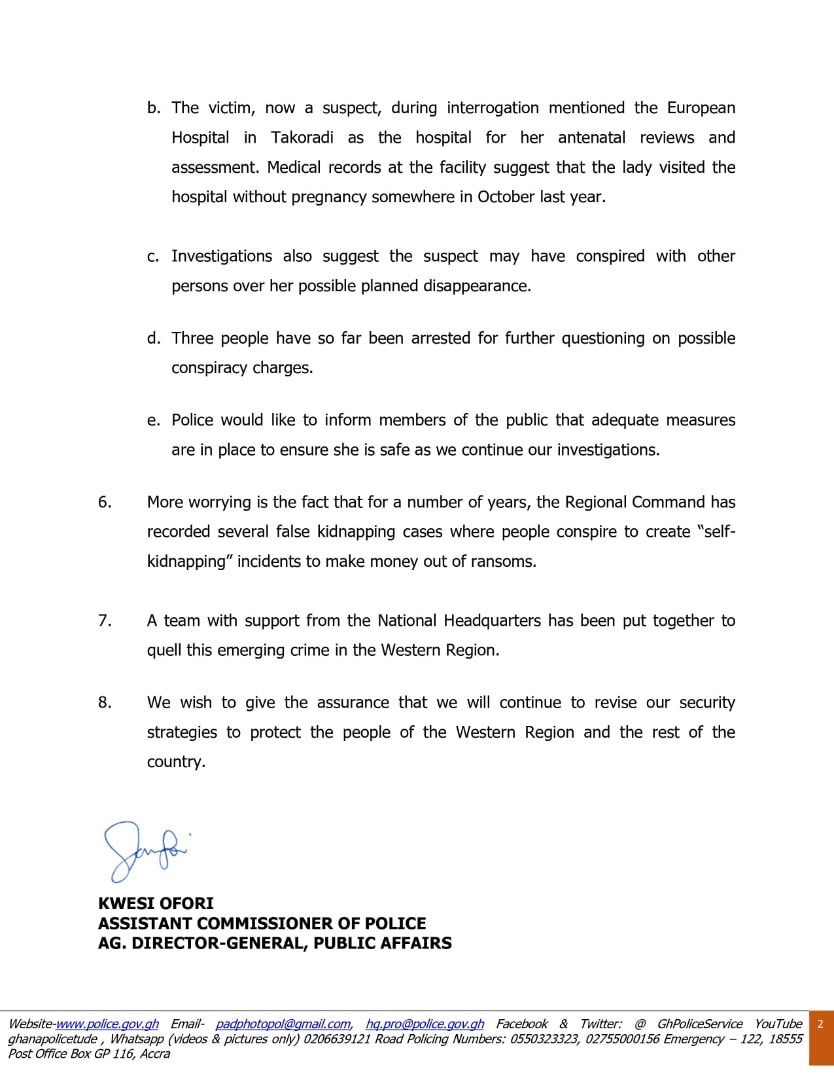 “Vaccines as a tool for immigration control is retrogressive” – Akufo-Addo 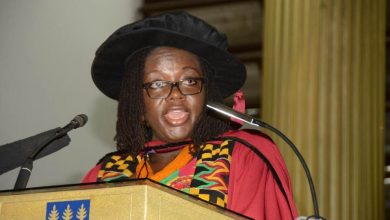