Some six Ministers in President Nana Akufo-Addo’s first term of office have been given different portfolios in the new government.

Sarah Adwoa Safo who was the former Minister for Procurement will now head the Ministry of Gender, Children, and Social Protection.

Dr. Kwaku Afriyie in the previous Akufo-Addo government served as the Minister for the Western Region. He was subsequently moved to serve as the Minister of State in charge of all state-owned enterprises. But in his new government, Akufo-Addo has appointed him to the Environment, Science, Technology & Innovation Ministry.

The Energy Ministry in President Akufo-Addo’s first term was headed by John Peter Amewu. Mr. Awewu will now serve in the Railway Development Ministry while Awal Mohammed who was the Minister for Business Development will now be in the Tourism, Arts, and Culture Ministry.

This was contained in a press statement issued by the Presidency on Thursday, January 21, 2021.

The names have been submitted to Parliament for vetting and approval.

In a related development, four former Deputy Ministers have been given the chance to serve as substantive ministers in Akufo-Addo’s new government. 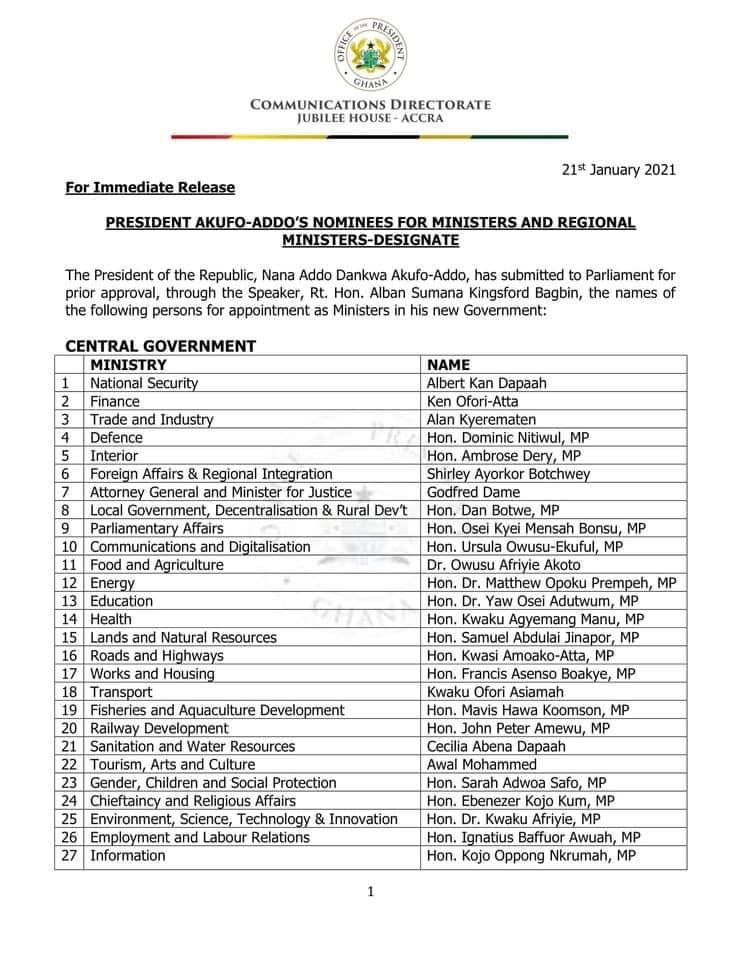 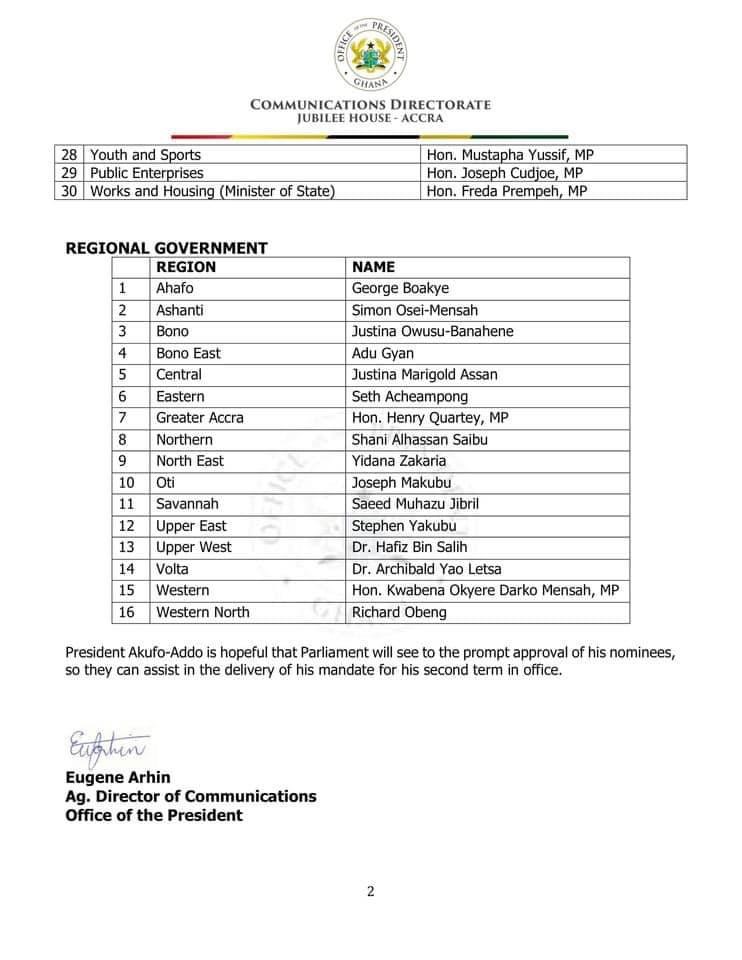