Students of the Kwame Nkrumah University of Science and Technology (KNUST) have been directed to vacate the school premises latest by Saturday, September 18.

The directive issued by the Ashanti Regional Minister, Simon Osei-Mensah is due to intelligence gathered by the security service that some groups of students are planning to disrupt the peaceful atmosphere in the school on the eve of vacation, September 17.

According to the press statement dated September 15, this directive has been put in place to, “ensure that peace and sanity are maintained on the KNUST campus and that students leave on vacation day to their homes in peace.”

However, foreign students and others who have received authorisation from the School’s management are those permitted to stay on campus after the vacation date.

To ensure full compliance with the directive, the Ashanti Regional Minister noted that security personnel will be stationed on campus to prevent any unruly behaviour or opposition to the directive by students.

The statement further warned that “if students decide to misbehave and engage in acts of indiscipline and criminality, they will be handled in accordance with the law. Any student who flouts the law, with offence bordering on criminality, will have criminal investigation opened against him or her and prosecuted before a court of competent jurisdiction.”

Acts of indiscipline and vandalism, Mr Osei Mensah stressed will no longer be tolerated at the Kwame Nkrumah University of Science and Technology.

Meanwhile, parents and guardians have been urged to caution their wards to stay out of trouble and adhere to the directive issued.

Early this year, there was a clash between members of the University Hall and Unity Hall at the KNUST Great Hall on July 3, during the vetting of aspirants for the Students Representative Council (SRC) positions.

Some students were injured while school properties such as tables and chairs were destroyed. This unhealthy rivalry has resulted in many acts of vandalism on campus. 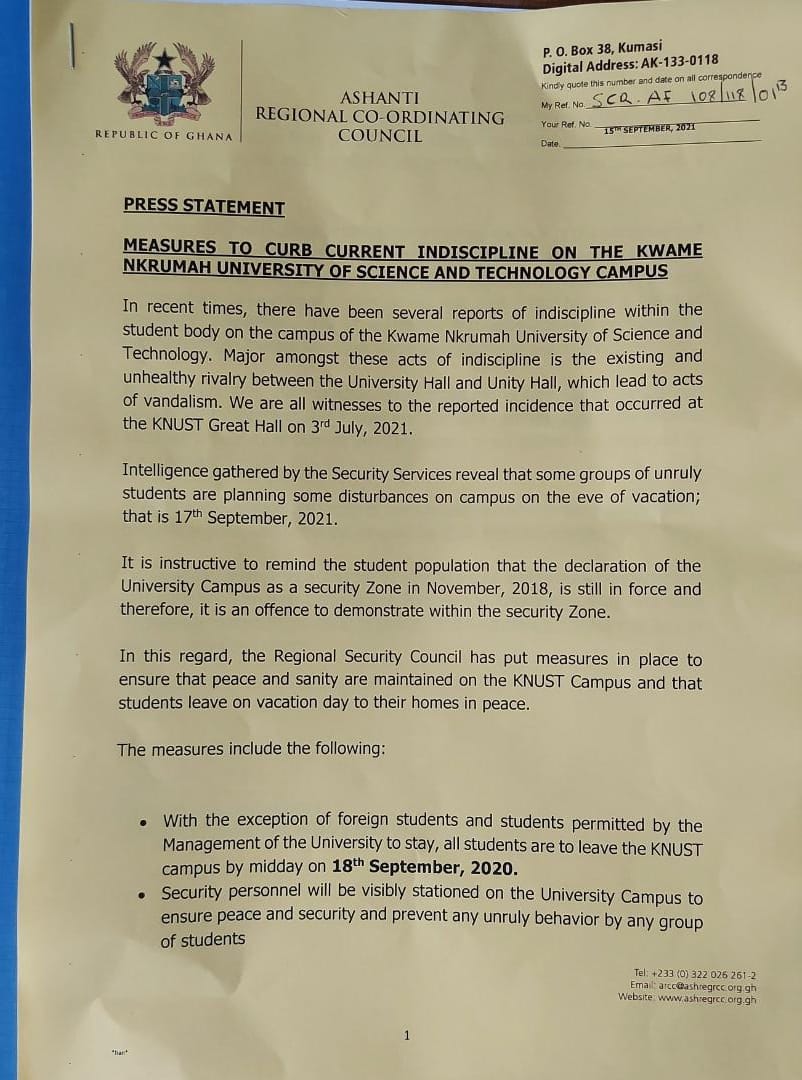 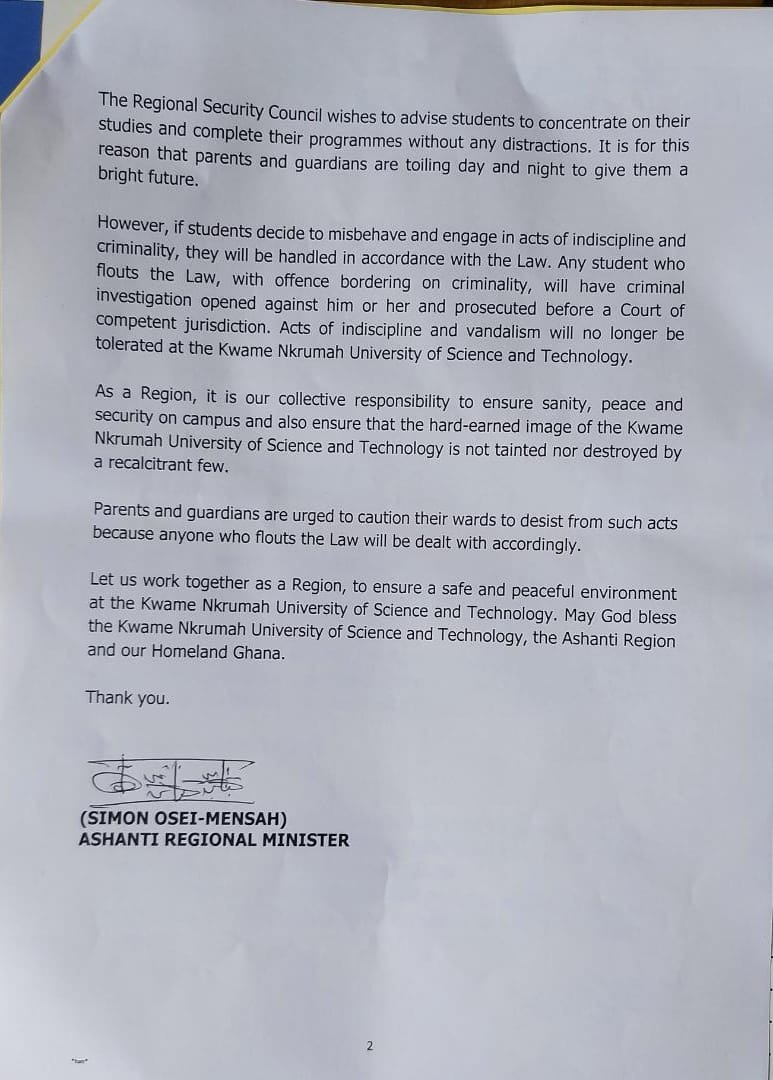 ECOWAS Summit: We are required to take informed decisions on these matters - Akufo-Addo